The Federal Government ran a deficit of $88B in October which is down significantly from the deficit last month that was a record for September due to the student loan forgiveness program. The deficit is also down compared to last October which was -$165B. Looking historically at the month of October shows that this is actually the smallest October deficit since 2017. This is mainly due to revenues having increased 35% since 2017 and is even up 12% just since last October. For the decade before Covid, this October was 18.5% below the average October of $108B. The Sankey diagram below shows the distribution of spending and revenue. The Deficit represented 21% of total spending. More importantly, Net Interest represented 10.6% of total expenditures, which is up from only 6.6% last October. Looking at the TTM, the Deficit was nearly the same relative size of October at 20.8% of total expenditures (vs 21.6%). Net Interest relative to all expenditures was 7.8%, up from only 5.2% a year ago. This represents a relative increase of 50% in one year! Total Expenses fell quite a bit this month, even compared to August and other months in 2022. October was the smallest expenditure month since January, and the second smallest going back to November 2020.

Ignoring the September Education expense, the fall in Spending this month was primarily driven by a drop in Medicare (-$103B in September vs -$18B this month) and Veterans Benefits (-$35B to -$11B). As mentioned above, the real issue facing the Federal Government right now is the massive increase in Interest Expense. The chart below shows the TTM total Net Interest expense. TTM expenses increased $12B since last month and are up an incredible $139B since last October or 40%. Zooming out and looking over the history of the budget back to 1980 shows a complete picture. It shows how a new level of spending has been reached that is being supported by a major surge in tax revenues. What happens if these revenues evaporate in a recessionary environment? The next two charts zoom in on the recent periods to show the change when compared to pre-Covid.

As shown below, total Receipts have surged higher in recent years. The current 12-month period is $1.52T bigger than 2020. Individual Taxes make up the vast majority of the difference, with 2022 exceeding 2020 and 2019 by more than $1T. Unfortunately, the major windfall from this tax revenue surge is being consumed by massive spending. The 2022 Spending was more than $2T larger than the 2018 spending! Despite massive expenditures driving huge deficits, the deficit is down YoY as mentioned above. This has brought the TTM Deficit compared to GDP down to pre-Covid levels of 5.1%. Finally, to compare the calendar year with previous calendar years (not fiscal budget years), the plot below shows the YTD numbers historically. The current year’s deficit sits only behind 2009, 2020, and 2021. The Treasury is hitting a perfect storm of bad outcomes right now. Tax Revenues have surged in recent years, but that windfall seems to be slowing or reversing as shown in the table above where Revenue is below the TTM average in every single category. This should be watched over the coming months as it could lead to huge deficits if the trend continues.

At the same time, the government has hit a new level of spending that is being made worse by surging costs on Net Interest. A deficit of $1.3T is massive! This has led to a large increase in debt issuance, reaching $1.6T YTD!

If tax revenues start to fall due to the recession as spending increases, the Treasury will quickly find itself running deficits that exceed $2T again. This is completely unsustainable if interest rates remain high. This is why the Fed will pivot. The recent inflation report is being interpreted as soft enough to give the Fed cover to begin the pivot. When this goes from speculation to fact, expect gold and silver to see another surge. Just in the past week, gold has seen three $40+ moves. This is a preview of what will be seen when the Fed does pivot. Make no mistake, given the current Federal Budget, it has no other choice. 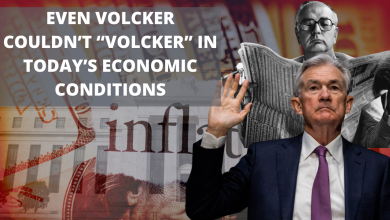 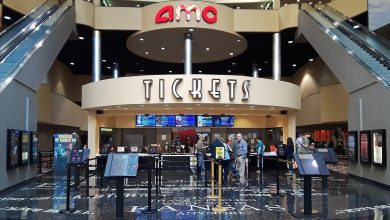 From the Silver Screen to a Gold Mine?

CPI: Annualized Pace of Increase is Still Over 5%