Gold demand in China showed renewed strength over the last two months despite scattered COVID-19 lockdowns. Both gold withdrawals from the Shanghai Gold Exchange (SGE) in August and gold imports in July were up.

China ranks as the world’s number one gold consumer.

Gold withdrawals from the SGE totaled 166 tons in August. That represents a 3% month-on-month rise and an 11% annual increase. According to the World Gold Council, “This was impressive given COVID-19 resurgences and subsequent restrictions imposed on mobility in cities such as Sanya.”

Analysts say manufacturers are stocking up on gold ahead of the peak gold consumption season. This is a good sign that manufacturers expect healthy demand in the coming months. October is traditionally a big month for gold jewelry sales during the seven-day National Day Holiday early in the month.

The most recent gold import numbers also offer a reason for optimism. Imports rocketed upward, increasing by 71 tons in July. Year on year, imports were up by 111 tons. Total gold imports came in at 178 tons on the month. That was the highest July total since 2017.

China shipped in more than 80 tons of Gold from Switzerland alone in July, according to the Swiss Federal Customs Administration. Imports from the major refining hub more than doubled the June total and were eight times higher than in May.

The WGC said, “This reflects the combination of recent strong gold demand and a rising local gold price premium, which often incentivizes importers.”

The recent increase in gold import activity reverses the decline we saw in the spring. Import numbers dropped significantly in April and May, but rebounded to over 100 tons in June before the big surge in July.

According to Bloomberg, “The data indicates that Chinese gold demand is picking up, after being hurt by lockdowns to control Covid outbreaks in several major cities. While the country’s purchases rarely have the power to drive prices higher, they can provide a floor when Western investors sell.”

Last year, China gave the green light to up gold imports. The report notes that China’s returning appetite for gold could potentially “support global prices.” Reuters called the size of the expected Chinese gold imports a “dramatic return to the global bullion market.”

Earlier this year, gold demand seemed to be maintaining the strength we saw in the market late last year, but it fell off dramatically in the spring with rising COVID cases and the government’s response. The big rebound in July indicates the Chinese gold market might be back on track.

US Stocks Gyrate Again Ahead of FOMC 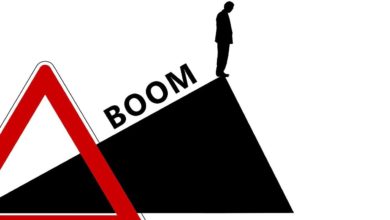 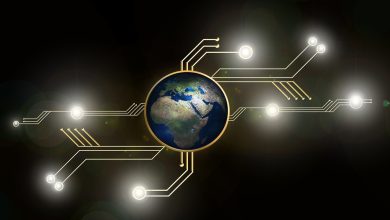 Demand for Gold in Tech Sector Rebounds After Lockdowns

Peter Schiff: It’s Not Putin or the Pandemic — It’s the Fed!