The European Central Bank surprises the market by hiking rates by 0.50% when a hike of 0.25% had been widely expected, boosting the value of the Euro.

Thursday 21st July 2022 saw the European Central Bank make its first interest rate rise in 11 years. The hike of 0.50%, twice the size of the 0.25% hike which had been widely expected by analysts, took the ECB’s main refinancing rate from 0.00% to 0.50%, ending the era of negative interest rates, although with much higher inflation real interest rates remain strongly negative in the Eurozone, as they do in many places.

The ECB President Christine Lagarde stated in a subsequent press conference that the larger size of the rate hike reflected an upgraded forecast of the inflation risk to the Eurozone. Inflation is currently running at a historically high annualized rate of 8.6% in the Eurozone.

Why the ECB is Behind the Rate Hike Curve

Most other major central banks have been hiking their interest rates for several months, notably the US Federal Reserve and the Bank of England. However, the ECB has only just started to move down this path of significant monetary tightening, despite Eurozone inflation running at similar annualized rates to the USA and the UK, the latter of which has the highest inflation of all G7 nations.

The reason for the ECB’s delay in hiking rates is the large and precarious debt burden of several of its southern members, which following any rate hike, will become expensive and difficult to service. Other central banks must worry about recessions, while the ECB must worry about the political and monetary project which is the Eurozone cracking up under such geographical strain.

The ECB’s rate hike of 0.50% was unexpected, and has had a notable impact upon the Euro, sending the currency higher over the first 45 minutes following the announcement of the hike.

The following price changes were observed in key market barometers:

It seems the higher-than-expected rate hike boosted the Euro, but the gains were quickly erased a few minutes later as ECB President Lagarde clarified details of the TPI announcement, indicating that the measure will be effectively toothless. This suggests that it was the announcement of TPI rather than the large rate hike which pushed up the Euro for a brief while.

The Euro has been in a long-term bearish trend, but has recovered over the past week or so, just a few days after the benchmark EUR/USD currency pair traded below parity for the first time in almost twenty years.

The strong bullish reversal in the Euro against the Dollar could have gotten a boost from the ECB today, but it seems that Lagarde’s very unconvincing explanation of TPI is not impressing the market, and the Euro is now seen fundamentally just the same as it was a few hours ago.

Traders will likely be best served expecting any immediate price impact from this policy move in the Forex market. 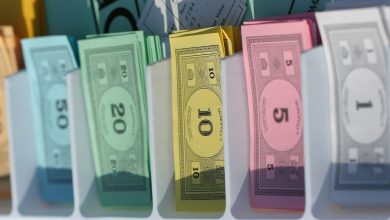 Peter Schiff: The Dollar Is Monopoly Money Supported By a Ponzi Scheme