Swaps have been on the other side of this move, increasing their net short position. The chart below shows the weekly data. Managed Money is definitely becoming more bullish on gold, increasing net long in 6 of the last 8 weeks. This is on the heels of a 26-week stretch where net longs were only added in 8 weeks (30% vs 75%). One more thing to note is that every participant has reduced their net positioning significantly over the last year, ranging from 27% to 48%. This shows an overall waning interest in the gold market as there is simply less aggregate open interest outstanding. That said, despite the large contraction from one year ago, net positioning has increased from the November lows. It reached as low as 22% on November 8th and is now at 35%. Looking over the full history of the CoTs data by month produces the chart below (values are in dollar/notional amounts, not contracts). Gross positioning topped out just shy of $100B in Feb 2022 and then crashed to $58B as of Sept 2022. It has since rebounded to $68B in December. This suggests plenty of dry powder on the sidelines waiting for the moment to pile back into the market. The market had come under immense selling pressure into September as Managed Money went net short for the first time since November 2018. The price held up extremely well though, only dropping to $1626 at the low vs a price of $1222 back in Nov 2018. Managed Money interest in the option market is also increasing. Gross longs have reached almost $3B, up from $710M in September. A 322% increase in 3 months and the highest value since April 2022! Producers remain on the sidelines in the options market. Managed Money is inching its way back into the market. The price of gold is already high enough that it will not take much to propel the yellow metal to new all-time highs. Doug Casey suggested 2023 could be the year for gold and the positioning of Managed Money combined with the technical picture clearly confirms that possibility.

Managed Money has returned in a big way to the silver market and the current price is reflecting the move. Managed Money closed out 2023 with a net long position of 28k contracts the largest net long since April of 2022. The price has actually performed better, reaching $24.22 compared to only $23.54 at the end of April. The chart below also shows just how much Managed Money dominates the silver market, pushing the price around. The volatility in silver is almost entirely explainable from the weekly positioning of Managed Money and the choppiness in their activity. Net positioning in silver has rebounded in a big way. It has reached 33.4% after getting as low as 18% in June. It was recently at 22% in November. Looking over the full history of the CoTs data by month produces the chart below. The overall market has been contracting in recent months to multi-year lows but does seem to have bottomed in September. December saw a massive rebound compared to November, mainly driven by Managed Money and the price advance in silver. Managed Money has reversed quickly from its net short position, which ended on November 1st. The massive rebound in the market can be seen in the latest month. This was driven by $1.5B increasing to $3.6B in Managed Money net longs. Managed Money continues to dominate control over the market. Looking at the correlation table below shows gold at .95 and silver at an incredible .96 for all of 2022. This was the strongest correlation in silver ever where gold saw .96 in 2019 and .95 in 2018. Managed Money is clearly re-entering the market after reaching peak pessimism in Q4. The activity in silver has been leading the gold market. This likely aligns with the peak hawkishness of the Fed perceived by the market around the same time.

The market now recognizes that the Fed is nearing the end of its tightening cycle even while it still talks a big game. More than likely, something is going to break in early 2023 and the Fed will pivot hard. When this happens, Managed Money could come flooding back into the long side to drive gold to new all-time highs. Silver might need to wait a bit longer to breach the $50 all-time high, but with the incredible physical demand, this does not seem impossible in the not-too-distant future. 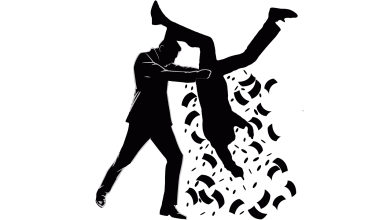 The Tax Man Cometh! And Not Just for Billionaires