Last week the Fed raised interest rates another 75 basis points and continued to insist it was fully committed to doing whatever it takes to bring inflation back down to 2%. In his podcast, Peter argued that Powell still thinks he can pull off the impossible.

Most people expected a 75 basis point hike and that’s exactly what the Fed delivered. Peter said the Fed has gotten into the habit of giving the markets what they expect because he doesn’t want to upset them.

Even though Powell claims he doesn’t care about the markets, he absolutely does care. So, he only wants to raise by the amount that he thinks the markets are OK with.”

If the expectation is already priced in, you don’t risk much damage by meeting expectations. But Peter said the problem for the markets is that rates are going up.

It doesn’t even matter at this point. What matters more is that they’re not zero anymore, they’re going much higher, and you have a market that is priced basically for free money — for zero percent interest rates.”

Not to mention quantitative easing.

So, the markets have lost the two primary crutches that they were relying on for support. … Not only are those supports gone, but now we have the opposite. We have quantitative tightening, and we have money that’s getting a lot more expensive.”

During the post-meeting Q&A, Powell said he was committed to bringing about positive real interest rates. The projection is for nominal rates to be at 4.4% next year. That would mean another 125 basis points of tightening between now and the end of the year. Powell said he expected 4.6% to be the peak rate for the cycle and that would yield a positive real rate. But currently, CPI is running at 8.3%. That means even with the most recent hike, real rates remain deeply negative at -5%.

That raises a question.

If Powell is finally accepting the fact that to really push down inflation we need to have positive real interest rates, why not immediately move there right now? Why drag your feet? Why wait? In fact, why does the Fed even have to wait for a meeting to raise interest rates? If the Fed recognizes that interest rates are too low, why can’t it just raise them the moment it recognizes it?”

During the press conference, Powell said we need to act quickly to get inflation under control now because it will be even more painful later. He admitted that even now, this is going to cause some pain. But it will be worse later.

Yes! That’s true. So, where was Powell a few years ago when he said we were going to err on the side of allowing the inflation genie to get out of the bottle? If Powell knows how painful it is to deal with an inflation problem, why did he let it get out of control in the first place? Why didn’t he preemptively act when he had the opportunity?”

It’s pretty clear that back then, Powell was just delaying.

He didn’t care about the delay or how much more pain we’d ultimately have to endure. Because at that point, inflation wasn’t a big problem. The reason he wants to do something about it now is that the problem is so big, it can no longer be ignored.”

Even though Powell has conceded the inflation fight will cause some pain. He’s still holding out hope that the Fed can orchestrate a “soft landing.” Peter said, “That ship has sailed,” noting that the Atlanta Fed has now dropped the Q3 GDP projection to 0.3%.

And yet Powell called the economy “strong and robust.” That means the economy can withstand these rate hikes. The markets seem to believe this. But Peter said the markets are wrong twice.

Meanwhile, these rate hikes are going to cause big problems for both state governments and the federal government as they try to finance their perpetual borrowing and spending. This will add trillions to the national debt.

This is a massive fiscal timebomb.”

The Federal Reserve kept rates at zero and ran QE in order to put off the pain. It has deliberately created inflation since 2008 to postpone the pain. The Fed didn’t want to allow a bad recession to get worse. It did it in ’08 and then doubled down with the COVID lockdowns.

The Fed wanted to prop up stock prices. The Fed wanted to prop up real estate prices. So, in order to do that, we created inflation. We put interest rates at zero. We did quantitative easing. Well, now we’ve got a huge inflation problem. And now the Fed has to fight a monster that it created. But the Fed can’t fight and create inflation at the same time. So, if the only reason the economy was propped up, the only reason the markets were propped up, was because of inflation, and now we’re going to remove the inflation prop, everything built on top of that foundation has to collapse. And that’s exactly what we’re seeing.”

The bottom line is the Fed can’t do what it claims it’s going to do. The Fed has kicked the inflation can down the road for 12 years. Now all of a sudden, it has found religion.

I don’t think Powell has found religion. I think when push comes to shove, he’s going to go back to the same old sin of inflation. … Powell still believes he can pull off the impossible. He still thinks we can bring inflation back down to 2%, where at most we have a bumpy landing, that unemployment tweaks up a bit and that we have a period of below-trend growth. … I think when Powell is really confronted with how ugly this is going to be, then we’re finally going to get that pivot. But this is a giant game of chicken, and I think Powell is going to keep up this pretense as long as he possibly can.” 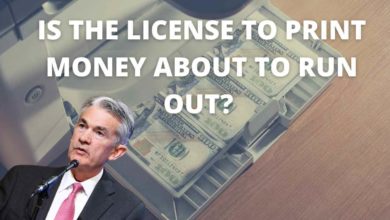 Is Central Banks’ License to Print Money About to Expire?  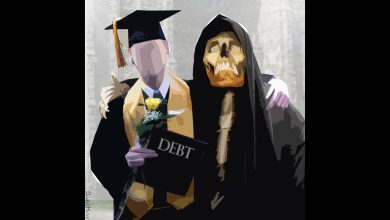 The Student Loan Crisis: Economic Boom-Bust in a Microcosm 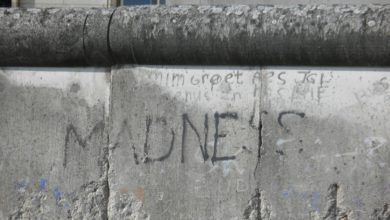