As we round out August in the COMEX, gold delivery was strong and silver was dominated by the odd mechanizations of Bank of America.

Delivery volume in the August gold contract started strong and then continued to see net new contracts delivered throughout the month with house accounts setting a record in net delivery inflows.

September gold has also shown promise with First Notice showing the third highest open interest in a minor month going back to November 2020. Actual deliveries have started out slow with only 404 contracts delivered on the first day, but this could be more signs of strain in the physical market (more on this below). The countdown chart below shows the activity in September gold leading up to First Notice. After a dip mid-month, open interest recovered and stayed elevated into First Notice with a slight uptick on the final day. The slight uptick can be seen more clearly in the chart below as the difference between the green bar and blue bar. Also noticeable, is the large amount of open interest still outstanding. Are the shorts delaying delivery due to a lack of physical available? Pressure has been mounting in the physical market with massive physical withdraws from the Comex vaults. This can be seen below as 7.3M ounces of gold have left the Comex system since May 1. Inventory stood near 36M ounces on May 1, so the gold exiting represents almost 21% of total inventory in 4 months. October gold is an odd month. It is ten times larger than the typical open interest seen in minor months (38k vs 3k) but is also one-tenth the size of major months which tend to be near 400k. Current open interest is almost exactly at the same spot as October 2021. Finally, the October to December spread is showing the strongest contango since at least April 2021. Contango generally signals a market that anticipates higher prices in the future. September silver has shown a rebound from the very disappointing July. Major months have been on a steady decline since the peak in July 2020. Aside from December 2021 and March 2022, delivery volume has been on a downward trend. That being said, the countdown into close showed a very modest decline versus what is typically seen. September went from the bottom of the pack to the middle of the pack on the final day. The final day drop can be seen as the difference between the blue and green bars below. This was the smallest drop seen going into First Notice since at least July 2020. Looking at the bank house accounts shows that BofA is the biggest net loser of metal by far. They have delivered out 5,199 of the 5,244 (99.1%) of the contracts delivered thus far! On the flip side, the remaining house accounts have been net receivers of 3,276 ounces which is their largest inflow ever! This was driven primarily by Citigroup (2607) and Morgan Stanley (579).

What is going on here? BofA has been a horrendous trader of silver over the last 9 months, accumulating when the price is high and delivering out when the price is low. BofA delivery out exceeds the final amount from December, but they also spent most of December opening net new contracts to recover the metal they delivered out on the first day and continued that activity in January. The chart below shows BofA’s accumulation of silver since November 2020. As shown, they have accumulated during higher prices and sold out during lower prices. Furthermore, the current contract has wiped out nearly 85% of the total BofA house accumulation over almost two years. October silver is starting off sluggish with current open interest well below average. All of this is happening while the silver spot market stays in strong backwardation, indicating that the current spot metal is being valued more highly than futures contracts. Gold and silver are both showing strength this month but in different ways. Gold has seen strong open interest into the close but with a very small fraction being delivered so far. Silver showed a very small decline of open interest into First Notice, but then saw a record percentage of contracts delivered on the first day, almost entirely from BofA. The activity in BofA is potentially the biggest outlier of all the data points. It looks like they are trying to contain the market during big delivery volumes and are willing to take a loss to do so.

Inventory data is also different between the two metals with gold seeing steady depletion in both Registered and Eligible where the activity in silver is concentrated in Registered falling. In both metals, Registered is falling rapidly which leads to less metal available for delivery in future months.

There is no doubt that futures contracts are not capturing this movement going on under the surface. The technical picture in the paper market has been looking weak, while the physical market is showing record strength. Eventually, these two markets will converge, or else the paper market could break down. Likely, the paper market will eventually catch up to the futures market as the shorts struggle to find metal to deliver. When this happens, the movement in price could be extremely fast. 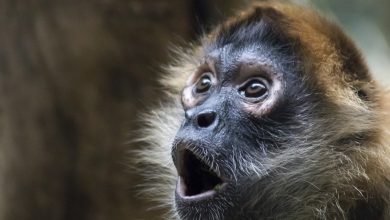