With the rate of increase in the CPI slowing, many people in the mainstream think the Federal Reserve is winning the war on inflation. In a recent podcast, Peter Schiff said this is wishful thinking. He said that the Fed is losing the war and it will ultimately surrender to inflation.

Schiff is not alone in his thinking. In a recent interview with The Market NZZ, investment guru Jim Grant argues that we have not seen the last of this inflationary outburst because inflation has become deeply rooted in the global financial system.

Early in the interview, Grant emphasized that although CPI is apparently cooling, we can’t ignore the actual level of inflation in the economy and the permanence of price increases.

The rate of change is everyone’s preoccupation, but the loss in purchasing power is never recovered. This is the nature of a fiat currency regime. Way back under the gold standard, prices would rise on average and they would fall on average, but at the end of very long cycles, they would be unchanged. In contrast, a fiat currency regime is characterized by the fact that prices ratchet ever higher and never are allowed to correct to the downside. So what we have is a very elevated level of average prices and a somewhat lower rate of rise in these prices.”

Grant said the primary driver in the economy right now is “the consequences of the monetary regime in place worldwide.” It has created a financial mess.

That regime has given us artificially low, indeed suppressed rates of interest, and it has given us the consequences of those false rates which include rampant misallocation of capital and great gusts of speculation; some of which are a lot of fun, and some of which are quite lucrative to the clever people who can get in on them.”

And while we’re seeing some relief as the Fed hikes interest rates and tightens monetary policy, the underlying problems in the economy and financial system remain. One of the central problems is the entire system has become inherently inflationary. Grant specifically mentioned the fact that inflation is a desirable and necessary policy for the political class. Inflation creates the illusion that it is giving people something for nothing.

Certainly, the slowing rate of the rise in inflation is to be celebrated. It’s nice, but we are still left with a system that is inherently inflationary. Here in the United States, it’s a system given to very free and loose public spending, given to great entitlements for one and all, and it’s a system that has flourished in recent years with very low, suppressed rates of interest.”

Grant is alluding to what Schiff calls the inflation tax. In an interview on Rob Schmitt Tonight, Schiff said that when you talk about families struggling with inflation, they’re really struggling with government.

Grant said the political desirability makes him wary of declaring victory in the war on inflation.

Politically, inflation is kind of something for nothing, and that seems to be part of the political zeitgeist. That’s why I would be a little bit guarded in pronouncing the end of this inflationary episode.”

Grant compared inflation to a fire in a coal mine. We might not always see it. Sometimes we forget it is there. But it is always burning.

Inflation in such a system resembles one of these inextinguishable long-burning underground coal mine fires. I’m not sure if you have them in Switzerland, but in Pennsylvania for example there has been such a fire that’s been going on for around 50 years. You don’t always see it, but it flares to the surface from time to time. It’s always there, it’s always latent, leaking smoke, warming the soles of your shoes. To me, that is a good analogy for inflation in a free-spending and paper currency-issuing social democracy.”

Grant said he thinks that we are at a fundamental inflation point, characterized by both higher inflation and rising interest rates.

So, can the Federal Reserve get inflation under control, as many in the mainstream believe? Grant said we should be wary.

I think that we have not seen the last of this inflationary outburst. But one needs to be quite humble in the face of something that very few central bankers anticipated or even could have imagined. It wasn’t just that the Fed didn’t predict it, but when the Fed saw it, when it saw the whites of inflation’s eyes, it still couldn’t believe it and continued with its QE program until the end of March 2022.”

He also chastised Jerome Powell and his fellow central bankers for their cockiness.

Hardly a day passes without one regional Fed president or another declaring that the FOMC will most definitely push the funds rate to 5% or higher and hold it there for six months or a year or maybe two. What I object to these pronouncements is the unseemly certitude that they convey. The Fed seems so sure of itself. It was so sure of itself when it was predicting just as confident in 2021 that a 10 basis-point funds rate was a lock through 2023. Their cocksureness does not become them. The future is a closed book, not an open book. Especially, it is a closed book to people who mobilize pseudo-scientific mathematical models of the workings of the financial economy because they really don’t understand it.”

I have argued that the Fed will keep pushing its inflation fight until something in the economy breaks. At that point, it will be forced to choose between cutting rates and going back to quantitative easing — more inflation — or holding the course and risking a major recession and financial crisis. Grant also thinks something is destined to crack in the economy. But he said the Fed is “not a believer in the likelihood of accidents” because the central bankers fail to recognize the risks their policies create.

I’m not sure that it understands the risks its previous QE regime has introduced into the financial system, specifically the heavy leverage in Corporate America, and still more particularly the leverage in private equity for example. Of course, a lot of speculation has been wrung out of the system already, certainly in cryptocurrencies, in SPACs and such things.”

Grant goes on to explain why he thinks one place the “accident” could occur is in the Japanese bond market.

So, what can investors do in this environment? Grant says they should consider gold.

Having just mocked the central banks for their pretending to know what they can’t know, I’m in a very compromised position if I were to say what is going to happen. But allow me to suggest that I’m somewhat of a broken record on gold. I’m going to continue with this broken record and observe that people have not yet come to terms with the essential inherent weaknesses of the monetary system that has been in place since 1971. We have all gotten used to it. I mean, you have to be a person of a certain age, indeed you have to be as old as I am, to really recall the debates surrounding the abandonment of Bretton Woods. People have grown up with the idea that money is what they print, and if the Japanese can print $50 billion a day with which to suppress interest rates, that doesn’t shock many people. But I think such shocks do lay ahead.”

Grant said that as the strains in the economy become more apparent, people won’t be looking for “a better brand of paper or digital money.” They’ll be looking for “the real McCoy.”

In every issue of «Grant’s» we have something to say about a stock, so I don’t want to sound too much of a nutcase. We do live in the real world. But when I look at the very big picture, the money the central banks produce in such profusion is unsound. It may not be now, but in time, people will look around for an alternative and that alternative may just be gold – the thing that has been more or less a shadow cast by Bitcoin, Ethereum, and all the other cryptocurrencies.” 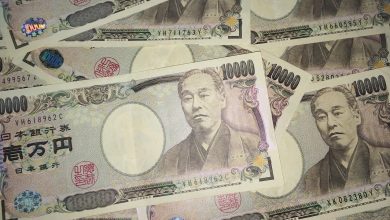 Peter Schiff: How Long Before the Fed Has to Turn Japanese?