We’re just a few days into the new year. How are resolutions going?

Mine are going fantastic!

I didn’t make any.

In fact, I haven’t done the New Year’s resolutions thing for years. I know myself. It’s just a setup for failure.

The best way to keep promises to yourself is not to make them. Of course, that’s probably not the best strategy for personal growth. Then again, it minimizes disappointment. So, my resolution for the last several years has been don’t make any resolutions.

Here’s the reality — if you made resolutions for 2023, odds are you will abandon them within the next several days.

Don’t misunderstand; I’m not questioning your intentions — just your willpower. I don’t mean any offense. I’m just stating the facts — playing the odds if you will.

Here’s the sad truth. The average New Year resolution is broken by January 12. So, you have about 10 more days to go before you can put this all in the past. This is based on research conducted by Strava, a social media network for athletes. According to a New York Post story, the company analyzed more than 31.5 million online global activities to come up with that date. I don’t really get how they did that, but it sounds sciency. I’ve been told I must “trust the science.” So, there ya go!

Then there is this: according to a study conducted by the University of Scranton, just 8% of people achieve their New Year’s goals — ever. That means more than 90% fail. That’s why I feel pretty safe playing the odds. Unless you are way out of the mainstream, your resolutions are already toast.

So, why set yourself up for failure? Next year, join me in my “no resolutions” resolution and you’ll be sure to succeed.

All that said, I do actually believe in challenging myself and striving for personal growth. I just don’t think making some big pronouncement on Dec. 31 is the best strategy. Most people get all caught up in the moment and set expectations too high. They commit to things they will never be able to realistically achieve.

You might say something like, “I’m never going to eat donuts again.” Or, “I’m going to work out every single day!”

That’s not going to happen.

The clerk at Krispy Kreme knows it.

Human psychology being what it is, most people will just toss in the towel after the first little setback. You forget your resolution and take a bite of a donut at the office today and the next thing you know, you’re in the Krispy Kreme drive-through.

The key, experts say, is incremental lifestyle changes. Instead of giving up donuts forever, maybe you could just cut back to one donut a week. Instead of promising to work out every single day, set a reasonable workout goal.

Nutritionist Dr. Carly Moores said another problem is that people try to make too many changes at once. You know that guy – he goes gangbusters on Jan. 2. He fasts,  and then he goes to the gym and works out for three hours. The next day, he hurts so bad he can barely get out of bed. Plus he’s starving to death. To compensate for his suffering, he heads to Waffle House and never sees the inside of the gym again.

“Start with small changes and continue to build on these or try to tackle one change at a time,” Moores said. “Try to set yourself goals, reflect on your progress towards these, acknowledge that changes can be hard, and results won’t happen overnight … or even in the first two weeks of the new year.”

Here’s the takeaway – changing your life is a process – not a pronouncement.

Speaking of — maybe you’ve wanted to get your financial house in order. The New Year would be a good time to do it — especially given that the bubble economy is going to pop sooner rather than later if you ask me.

If you’ve ever wondered how gold and silver might work into your investment strategy, talk to a SchiffGold precious metals specialist today. You don’t even have to make a resolution. Just pick up the phone! Or shoot them an email at [email protected] 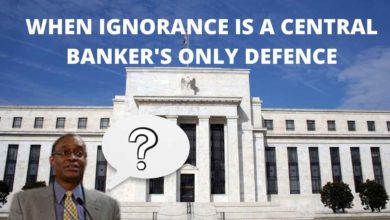 US Dollar Opens Lower at Partial End to Holiday