The Bank of Japan raised eyebrows by announcing that it has decided to maintain its -0.1% interest rate, and that the yield curve control (YCC) policy of plus or minus 0.50% from the target rate of zero will also be unchanged.

The Bank of Japan held a monetary policy meeting earlier today, where it was a unanimous vote that all the current policy measures should remain in place.

There had been market expectations that rising inflation could result in the Bank of Japan turning away from its very dovish monetary policies.

It’s a direction that is an anomaly with all other major central banks, who have been raising interest rates to combat inflation.

Annualized inflation in Japan has been increasing steadily throughout the course of last year.

In January 2022, 12-month inflation was 0.5%, but by December it had risen significantly to 3.8%. Since March 2022, prices have been accelerating quite rapidly.

Japanese interest rates have been slightly negative at -0.1% since 2016.

In December 2022, the Bank of Japan shocked the global markets with a yield curve control (YCC) policy adjustment on 10-year Japanese government bond yields. This was tweaked to allow the yield to move 0.50% above or below zero, instead of the previous 0.25% collar.

The YCC is viewed as a major pillar of the Japanese economy, in the attempt to keep interest rates low to rouse economic activity.

Many economists anticipated that the YCC policy announced late last year would be scrapped, particularly as the yield on the 10-year government bonds has surpassed 0.50% since that announcement.

In the aftermath of the policy meeting, the yield on 10-year Japanese bonds again peaked slightly over the 0.50% benchmark, before falling to 0.42%.

The Bank of Japan’s governor Haruhiko Kuroda in a press conference said that it was too early to change direction on the YCC decision, and that it will take some time for these measures to take effect in fixing market function.

In its latest monetary policy statement, the Bank of Japan also said that it would continue its policy of buying up 10-year Japanese government bonds. This would be done without setting an upper limit, with the 10-year bonds set at around the 0% mark.

This is being done to encourage the formation of a yield curve that is consistent with the 0.50% guideline.

In the Bank of Japan’s outlook for economic activity and prices for this year, it expected that the ongoing rise in the CPI will eventually begin to wane from the middle of 2023, as the influence of a pass-through to consumer prices of cost increases led by a rise in import prices fades away.

Energy prices are also expected to be pushed down, due to the government’s economic measures.

However, the CPI is projected to rise again, albeit moderately, as economic output increases alongside increased wage growth.

The CPI is also expected to rise again in 2024, due to the measures putting energy prices down declining in impact.

There was further bad news as growth is projected to be lower for last year and this year, mainly due to the global economy suffering a deeper downturn, as recently predicted by the IMF.

Overall, there remains high uncertainties for the Japanese economy, arriving from the global economic picture, the situation in Ukraine and the continued effects of Covid-19 which has recently spiked in Japan.

The Japanese Yen has so far reacted negatively to the policy announcements, reflecting that the latest course of action from the Bank of Japan will underpin the minus 0.1% interest rate policy.

The Yen fell the most against the Euro by 1.18% following the release.

There was positive news for the Nikkei 225 stock index, as it appreciated by as much as 2.50% at one point. 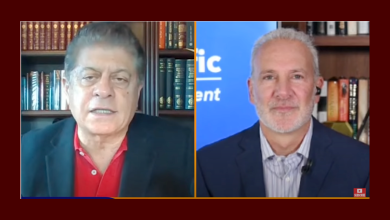 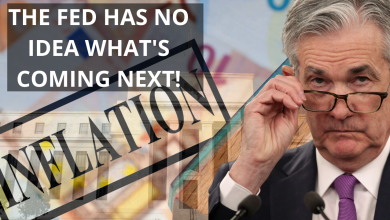 The Fed Has No Idea What’s Coming Next! 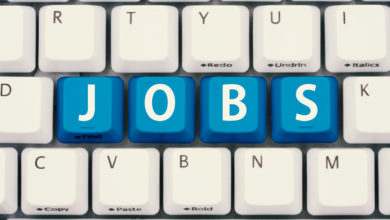