As expected, the Federal Reserve raised interest rates by 50 basis points at the December Federal Open Market Committee (FOMC) meeting. That pushed the federal funds rate to 4.5%. The last time rates were this high was in 2007. That’s bad news for an economy addicted to easy money.

While the pace of rate hikes slowed, the messaging coming out of the Fed was substantially the same as the November meeting.

The official FOMC statement was nearly identical to the November statement. The committee only made some slight changes to the verbiage describing the impact of the Russia-Ukraine war on the global economy.

The messaging relating to the future trajectory of monetary policy was unchanged. The statement said the committee “anticipates that ongoing increases in the target range will be appropriate in order to attain a stance of monetary policy that is sufficiently restrictive to return inflation to 2 percent over time.” It also said the committee will continue to take into account “cumulative tightening” and “the lags with which monetary policy affects economic activity and inflation” as it makes future decisions.

As he did after the November meeting, Federal Reserve Chairman Jerome Powell sounded a hawkish tone. He said, “We have more work to do,” and emphasized that rates would move higher and stay higher longer than initially anticipated.

My view and my colleagues’ view is that this will take some time. We have a long ways to go to get back to price stability.”

Powell also dismissed the notion that the central bank might cut rates next year.

Powell claimed that the Fed has now pushed interest rates into “restrictive” territory. But it’s unclear how he arrived at this conclusion. With CPI still over 7%, real interest rates remain negative. That means the Fed continues to run an accommodative monetary policy. Yes, the Fed has tightened significantly, but it is still behind the inflation curve. In effect, it has slowed the flow of gasoline onto the inflationary fire, but it continues to pour gasoline on the inflationary fire.

When asked about the pain of inflation, Powell said Americans would suffer worse pain if the central bank failed to act and let inflation run out of control. In a tweet, Peter Schiff said that is a moot point.

Inflation is already out of control and the time for the Fed to have acted to prevent it without triggering a severe financial crisis has long since past.”

#Powell said that the worst pain for Americans would result if the #Fed failed to act and let #inflation run out of control. Inflation is already out of control and the time for the Fed to have acted to prevent it without triggering a severe financial crisis has long since past.

Nevertheless, Powell continued to hold out hope for a “soft landing,” meaning he thinks the Fed can defeat inflation without tipping the economy into a recession. But despite his optimism, he confessed he doesn’t really know the trajectory of the economy.

I don’t think anyone knows whether we’re going to have a recession or not, and if we do, whether it’s going to be a deep one or not. It’s not knowable.”

In fact, there is plenty of evidence to conclude that the economy is already in a recession.

My pessimism is rooted in the fact that the US economy is addicted to easy money. It is addicted to artificially low interest rates and quantitative easing. You can’t take an addict’s drug away without sending him into withdrawal.

As already noted, interest rates haven’t been this high since 2007. At that point, the Fed was cutting rates due to the housing bust. The economy couldn’t handle interest rates that high.

Rates peaked at 5.25% in 2006. That precipitated the housing bust and ultimately the financial crisis in 2008. Today, the Fed has pushed rates within 1% of that level. But there is a major difference between then and now. The bubbles are bigger. There is more debt. There is more malinvestment. If the extent of the bust is commensurate with the extent of the boom, we’re due for a doozy.

Powell and Company have backed themselves into a corner. They just don’t know it yet (or more likely, they haven’t admitted it).

During an interview, Peter Schiff explained why he thinks the recession is going to get a lot worse.

Now, that doesn’t mean the Fed shouldn’t be raising rates. They should be. They should have raised them a lot more than they have. The problem is they never should have cut them. That was the mistake — it was cutting rates. Raising them back up is really just an acknowledgment of that mistake. But what happens is when the Fed raises rates, it uncovers all of the problems that it created when it reduced rates. Because when it slashed interest rates to zero, it inflated a bubble economy, and it inflated it with inflation. Quantitative easing was inflation.”

In a recent Bloomberg article, a group of economists voiced their fears that the Federal Reserve’s inflation fight may create an unnecessarily deep downturn. However, the Federal Reserve does not create a downturn due to rate hikes; it creates the foundations of a crisis by unnecessarily lowering rates to negative territory and aggressively increasing its balance sheet. It is the malinvestment and excessive risk-taking fuelled by cheap money that lead to a recession.”

In other words, the Fed sealed its fate when it cranked rates down to zero and ran some $5 trillion in QE.

The Fed is a pusher and it has been slowly cranking down the amount of drugs it’s giving to the addict. The addict is already feeling the pain. But the addict is hoping against hope it will get a bigger fix soon. That’s why the markets react with glee every time we get bad economic news or good news on the inflation front. The addict thinks that means the Fed will go back to the status quo – pushing the drugs.

But today, the Fed actually cranked down the drug level even lower. No matter what the pusher says, you can’t take away an addict’s drugs without causing pain. And at some point, the addict is going to go into full-blown withdrawal.

The question is what does the Fed do when this happens? How will it respond when it can no longer plausibly deny the economic chaos? Does it give the addict its drug? Or does it let the addict die?

Powell wants you to believe it will hold course and make the addict go through the pain necessary to get cleaned up. He claims the Fed won’t cut rates in 2023. But that tune can quickly change when the addict starts writing and screaming in pain. And history tells a different story. The Fed’s modus Operandi is to go right back to rate cuts and QE when the economy tanks.

Why should we believe it will be different this time?

Price inflation as measured by CPI has shown some signs of cooling. But a return to loose monetary policy is a return to inflationary policy.

So, the Fed is between a rock and a hard place. It can make the addict suffer a lot of pain and maybe even kill him. Or it can crank up the drugs again.

Neither scenario is particularly good. 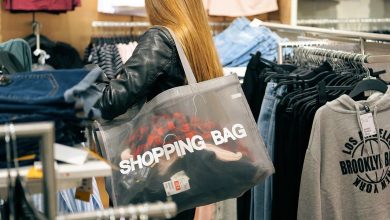 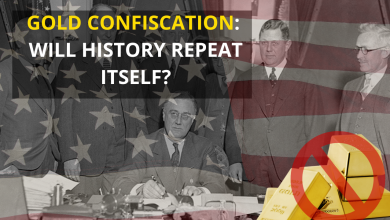 Gold Confiscation: Will History Repeat Itself? 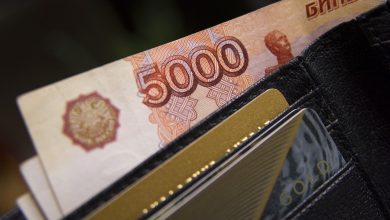 Peter Schiff: Sanctions on Russia Could Mean Even Higher Inflation for Americans