Peter Schiff recently appeared on Kitco News and chatted with anchor David Lin. Peter gave his outlook for inflation, stocks, and gold in 2023. Peter said we had better get prepared for an inflationary depression. He also emphasized that he is very bullish on gold in the year ahead.

Obviously, I’ve been bullish for a while. But I’m even more bullish now to the extent that’s possible, based on what’s been happening.”

Peter said he expects “significantly higher” gold and silver prices in the year ahead. That will also push up gold mining stocks. Peter emphasized that gold mining stocks are currently extremely cheap and under-owned.

Nobody in the institutional community really has any kind of position in this sector. I think by the end of the decade, they’ll all have positions in this sector. But of course, the stocks are going to be much more expensive at that point, so don’t wait for the crowd to figure it out. You want to anticipate where the crowd is going to be, and you get there first.”

Peter said he’s not just bullish on gold for 2023.  He’s bullish for the rest of the decade and probably more.

We did get above the 2011 high for a short time, but it wasn’t significantly higher and it didn’t last long. Peter said we likely just saw a double top.

I think we’re going to take that out and that double top is going to be the new floor.”

Peter also pointed out that there was a “sideshow” with bitcoin that eclipsed gold to some degree.

It stole gold’s spotlight for a while, because while gold was going nowhere, bitcoin went from nowhere to 60,000, 70,000 per bitcoin. And everybody who got involved in this, on paper anyway, they all were rich. And some of them actually got rich because they cashed out, and they sold bitcoin, and they bought real things with it.”

Peter said he doesn’t think it was a lot of people, but some gold bugs did get frustrated with gold and got into bitcoin.

Bitcoin was performing. It was going up while gold was going sideways. But bitcoin was marketed as digital gold. That was a whole selling point. ‘Hey, gold is obsolete! Gold is irrelevant.’ I think that – on the margins – took away some demand from gold. And maybe there were some institutions that would have bought gold, but because bitcoin was there competing against it, they didn’t buy gold. They didn’t buy bitcoin either, but they thought, well, you know, why buy gold because, you know, there’s bitcoin. It certainly took away some of gold’s thunder. A lot of the talk on the financial networks was about bitcoin. It wasn’t about gold. It was bitcoin, bitcoin, bitcoin. But meanwhile, the smart money was buying gold the whole time.”

Peter said that now that the bitcoin bubble has popped he doesn’t see that problem for gold from a marketing perspective.

Other topics discussed in this interview: 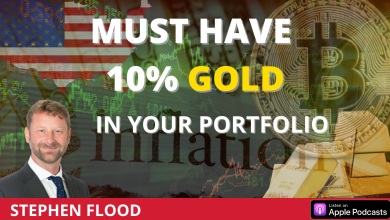 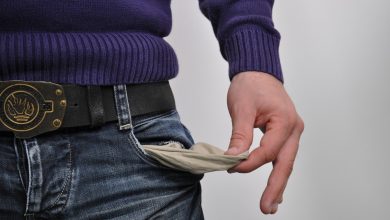 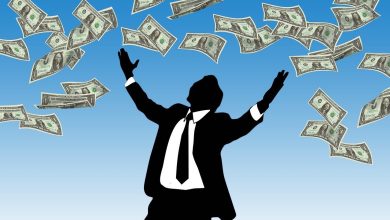 Inflation Alert! The US Government Is Still Handing Out COVID Money and It Wants More