Peter pointed out that if Donald Trump were still president, Biden would be criticizing the state of the economy. And he said he thinks the economy is in “horrible shape.”

I think that’s one of the reasons President Biden is so unpopular. Because I think a lot of the people who are struggling in this economy, in part, blame the president. He’s not solely responsible, but he certainly hasn’t done anything to help. Everything he’s done has actually taken a bad situation and made it worse.”

Americans have blown through all their stimulus money, and now they’re pretty much broke. If you look at credit card debt, it’s at an all-time record high. So, Americans are struglling to put food on the table and to pay the electric bill.”

On an annual basis, real average hourly earnings decreased by 2.8% from October 2021 to October 2022 (seasonally adjusted). It was the 19th consecutive month of declining real wages on an annual basis. Peter said it’s even worse than that because the CPI is understating the extent of rising prices.

I think the actual inflation rate is about double what the government will admit to. And that means that the real decline in wages is much greater, which explains why so many people are now moonlighting. A record number of Americans have two and three jobs. In fact, you have more Americans than ever who are working two full-time jobs. Most people don’t want multiple jobs. They would prefer to be able to support themselves and their family on one job. But unfortunately, in the Biden economy, that’s not possible.”

This is precisely why the government’s job numbers don’t add up.

But why is the unemployment rate so low? Peter said a lot of people who aren’t working aren’t counted as “unemployed.”

We have over 100 million working-age Americans who are no longer in the labor market. … I think if you objectively measured the unemployment rate and included all the people who are not working but who would be working if they believed they could find a job, or who have settled for a part-time job when they’d prefer a full-time job, I’m sure the actual unemployment rate is in double-digits.”

Peter said he thinks the US economy is already in a recession. The Fed’s interest rate hikes are part of the reason why.

I think the recession is going to get a lot worse. Now, that doesn’t mean the Fed shouldn’t be raising rates. They should be. They should have raised them a lot more than they have. The problem is they never should have cut them. That was the mistake — it was cutting rates. Raising them back up is really just an acknowledgment of that mistake. But what happens is when the Fed raises rates, it uncovers all of the problems that it created when it reduced rates. Because when it slashed interest rates to zero, it inflated a bubble economy, and it inflated it with inflation. Quantitative easing was inflation.”

Now, we’re experiencing the consequences of that inflation in the form of rising prices. Peter said he thinks prices still have a long way to run up and that’s why the recession is going to get worse.

More consumer income is going to be diverted to necessities like food, energy, rent, insurance, things like that, and interest rates are going to have to keep rising. And that’s also going to take a lot of purchasing power out of the economy because people have to service their debt. If you’re spending money paying interest on money you borrowed to buy stuff in the past, you have less money left over to buy stuff in the present and in the future. That’s what helps bring about a more severe recession.”

Peter said he thinks we’ll see a significantly weakening dollar as markets come to terms with the fact that inflation is here to stay. He also said he thinks the Fed will go back to quantitative easing when the economy gets so bad that it creates a financial crisis.

7% US Inflation Hits US Dollar 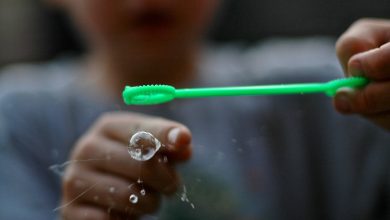 Can the Fed Pull Off a Magic Trick?