The US midterms have not produced the ‘red tsunami’ so many political commentators predicted. But the Democrats could still lose the House of Representatives and possibly the Senate, as well. The implications this could have on policy making could be dramatic.

Even if the swell of red is more of a ripple than a wave, politicians will be forced to sit up and take note of what is frustrating voters right now: the economy. Exit polls showed that the economy and inflation were voters’ biggest worries. This will have benefited Republicans and will influence not only the next couple of years in US politics, but also the next election. The swing to the right might not be here just yet but it’s likely to be on its way. Read on to see what this could mean for gold and silver prices.

The pendulum is swinging to the right in US Politics … which potentially puts the Fed on a tighter leash.

National surveys show that the main issues on voter’s minds are soaring inflation, fear of recession, and excessive government spending.

Republicans have yet to reform their agenda but are finding victory in ranting about the high crime rates, rising prices – especially at the pump and grocery store, and excessive government spending. US voters are choosing any alternative to the incumbents.

This swing in the pendulum to the right also sets up a possible Republican Presidential victory in 2024. President Trump on November 7, the very eve of midterm elections, said that he doesn’t want to detract from midterms but that he is going to ‘make a big announcement on November 15th. Could it be that Trump will be seeking Republican nomination for the 2024 presidential election?

Implications for Gold and Silver

There are two key implications of the swing to the right, for the gold and silver market. Both revolve around the Fed and monetary policy. The first is increased central banking alongside renewed calls for the Fed to have less independence in ‘freely printing money’ and the second is renewed calls for a return to the gold standard.

Once the election dust settles the Republicans won’t have Democrats to blame anymore for the state of the economy so their attention will surely turn to the Federal Reserve’s role in distorting the markets by holding interest rates too low on top of non-stop money printing for the last 15 years.

And remember that the drop in bond prices has made the Fed’s own balance sheet look like a loser. See our post on October 27 Is Central Banks’ License to Print Money about to Expire?

The Republicans are, of course, not alone in criticizing the Fed when times get tough. As Democrat chances of maintaining control of Congress slipped over the last several weeks some Democrats also turned on the Fed.

Sen. John Hickenlooper (D-Colo.) sent a letter to Fed Chair Jerome H. Powell, urging the central bank to ease up on its back-to-back interest-rate hikes until it’s clear how drastically those decisions affect the economy this year and next

And earlier this week, Senate Banking Committee Chair Sherrod Brown (D-Ohio) cautioned the Fed against triggering unnecessary consequences for the labor market, which reliably weakens in a slowing or contracting economy.

Those calls, which echo earlier concerns from Sen. Elizabeth Warren (D-Mass.), reflect growing criticism among left-leaning economists and Fed watchers who say the central bank is going too far and risks overcorrecting and pushing the economy into a recession (Msn.com, 10/27/2022).

The difference is that Republicans don’t just send letters to the Fed Chair urging them to comply with what they think is best. Instead, Republican lawmakers will put forth notions and bills to audit and/or abolish the Fed.

The second implication for gold and silver is an increased support to reinstate the Gold Standard. On this front, US Representative Alex Mooney has already got the ball rolling. On October 9, 2022, he introduced HR9157 – the Gold Standard Restoration Act, which states (in part):

The American economy needs a stable dollar, fixed exchange rates, and money supply controlled by the market, not the government …

The gold standard puts control of the money supply with the market instead of the Federal Reserve, discourages excessive deficit spending, and encourages the balancing of Federal budgets …

Physical gold and silver continue to be good investments!

Not later than 30 months after the date of the enactment of this Act the Secretary of the Treasury shall define the Federal Reserve note [dollar] in terms of a fixed weight of gold, based on that day’s closing market price of gold; Federal Reserve banks shall make Federal Reserve notes redeemable for and exchangeable with gold at the fixed price and create processes that facilitate such redemptions and exchanges between member banks and the public. (bolding added).

To be sure, bill HR9157 – the Gold Standard Restoration Act was, as they say, dead on arrival, however as the pendulum swings over the next two years these kinds of bills along with others limiting Fed reach are very likely to become more popular.

Bottomline: Physical gold and silver continue to be good investments!

If you want to take a bit more time out of your day to learn about the fallout from loose monetary policy then why not look at our YouTube channel, GoldCore TV. Here we have a wealth of in depth interviews with market experts, leading commentators and best selling authors. From the energy crisis to US Debt to China’s move to a digital currency, we have plenty to keep you informed and up-to-date.


Stephen Flood is the CEO of GoldCore. He is a former Wall Street equity trader and FinTech expert. He has been involved in the precious metals markets since 2004 and has appeared as an expert contributor on CNBC, CNN, BBC, RTE & Bloomberg TV and has had articles published in the Irish Times, Irish Independent and The Sunday Business Post.

Did the Fed Forget to Start QT? 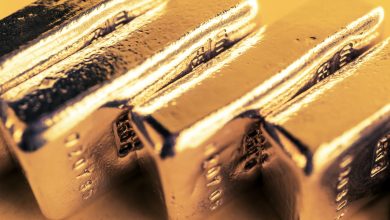 Is There a Case for a Classical Gold Standard?