Seasonally Adjusted Money Supply in October was negative for a third consecutive month, coming in at -$88B. This came on the heels of the largest drop in Money Supply ever last month. When looking at the average monthly growth rate, before Covid, October historically expands at an annualized rate of 6.7%. This year missed by an incredible 1,150 bps. The Fed only offers weekly data that is not seasonally adjusted. As the chart below shows, the recent period has seen much smaller gains in the positive weeks and much more frequent negative months. Growth has fallen to -2.17% and is decelerating again for the second week in a row. This follows 11 weeks of increasing growth rate, or more accurately decreasing negative growth rate. Before the uptick starting 13 weeks ago, money supply had been decelerating for 28 straight weeks!

The plot below helps show the seasonality of the Money Supply and compares the current year (red line) to previous years. The last several months have shown the weakest 13-week Money Supply growth ever recorded.

After the increase typically seen following the August lows, the Money Supply has actually reversed to a decelerating trend again. As the chart shows, this deceleration is not atypical for this late in the year. That said, the tick down is more significant than previous years, especially compared to 2009 which was the last year with Money Supply growth this deeply negative.

The chart below shows the last 15 years. It is clear to see how different this year looks compared to other years. The Money Supply has taken a dramatic turn lower ever since May. Even with the contracting money supply, the Fed is still not doing enough to solve the inflation problem. To combat rising prices, the Fed would need to undo most of the money it has created over the last several years. This would require bringing interest rates above the rate of inflation to collapse the money supply.

The Fed has been talking a huge game, but everyone should know they are bluffing! They can’t actually raise rates above inflation or they would have by now! Despite all the tough talk and the “jumbo” interest rate hikes seen so far, the Fed has never been further behind the curve.

The blue line below (Fed Funds Rate) has almost always gotten above the black line (CPI) to force inflation back down. The one anomaly was in 2011 after the Great Recession. The mainstream is now assuming this is the norm (i.e., a recession alone will slow inflation), but the chart below shows that it’s far more common that interest rates must exceed inflation to bend the curve back down. The charts below are designed to put the current trends into historical perspective. The orange bars represent annualized percentage change rather than raw dollar amount. The current slowdown can be seen clearly on the right side.

The Money Supply slowdown could be a major driver of the weakness seen in the stock market over the last several months. The market is still very Fed-dependent and hoping to see a pivot come sooner than later (it has to). Even if a Fed pivot comes, the collapse in Money Supply has been so extreme, that it’s unlikely a modest pivot will be enough to save the market. The collapse will no doubt break something (or already has) and the Fed will be forced to make a hard and extreme pivot to prop up the market. This can be seen in the falling bond market liquidity which is making it harder for the Fed to implement QT. Current Reverse Repos peaked at $2.42T on Sept. 30. The value always tops out at quarter end so there probably won’t be a new record until late in December. Keep in mind, these numbers dwarf the old record of ~$500B in 2016-2017.

Bottom line, even though M2 has slowed there is still trillions of dollars in liquidity sloshing around. New money will not be available to prop up the stock market, but excess liquidity is still available to bid up prices and keep inflation elevated. There were $2.1T in reverse repos as of the latest reading on November 22nd. The market is currently experiencing an epic slowdown in the Money Supply growth rate. Based on historical data, Money Supply growth tends to bottom in August and start moving up in September. That increase has run out of steam quickly based on the latest reading.

There is almost no way the economy and/or stock market does not experience a major crisis at some point soon. When it happens, the Fed cannot do a soft pivot or pursue a “wait and see approach”. The crisis will be hard and swift requiring an equally hard and swift pivot. This could happen in a day, a week, or maybe a few months, but the market will not make it much further than that.

When the Fed pivots, ahead of schedule and in a more dramatic fashion than currently anticipated, gold and silver will explode higher. Inflation will still be above 2% and the pivot will only push inflation back up. This means whatever progress the Fed has made towards inflation will be completely undone. At this point, the market will seek out a true inflation hedge. Unfortunately, there may be no physical supply left given the drainage going on at the Comex. 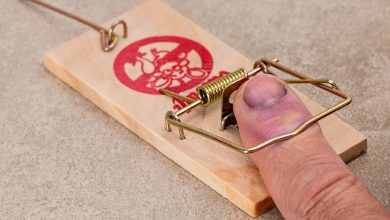 The Federal Reserve Is Trapped