American consumers continue to dig deeper into debt as they try to cope with rising prices using credit cards. Americans added another $25 billion to their record levels of debt in September, according to the latest data from the Federal Reserve.

Overall, consumer debt increased by 6.4% to a total of $4.7 trillion in September.

The Federal Reserve consumer debt figures include credit card debt, student loans, and auto loans, but do not factor in mortgage debt. When you include mortgages, US consumers are buried under more than $16 trillion in debt.

The growth of consumer debt cooled a bit from its blistering rate in August, but as one analyst told CNN, “In normal economic times, that would be a huge jump.”

But these are not “normal” economic times. Americans are facing increasing prices every month and there is no sign inflation is about to abate. As CNN put it, “Decades-high inflation has weighed heavily on Americans, outpacing wage gains and forcing consumers to rely more heavily on credit cards and savings.”

Americans are burning up their plastic in order to make ends meet in these inflationary times. Revolving credit, primarily reflecting credit card debt, rose by another $8.4 billion in September. With that 8.7% increase, Americans now owe just over $1.16 trillion in credit card debt.

To put the increase into perspective, the annual increase in 2019, prior to the pandemic, was 3.6%. It’s pretty clear that with stimulus money long gone, Americans have turned to plastic in order to make ends meet as prices continue to skyrocket.

Meanwhile, average credit card interest rates have eclipsed the record high of 17.87% set in April 2019. The average annual percentage rates (APR) currently stand at 18.77%. That’s up from 18.45% just a month ago.

“What we’re seeing is generally a pullback from lenders when it comes to folks with less than great credit,” the analyst told CNN. “When it’s harder for folks who really need to get credit, and when folks who can get it may not feel confident to want to spend as much, then you may see credit card debt growth slow down a little bit.”

And it appears that the Fed isn’t finished raising interest rates. This is bad news for Americans depending on credit to pay their bills. With interest rates rising, Americans are paying higher and higher interest charges every month with minimum payments rising. With every Federal Reserve interest rate increase, the cost of borrowing will go up more, putting a further squeeze on American consumers.

It’s pretty clear that Americans are laboring under the growing debt load, along with rising prices. According to a recent report by LendingTree, 32%  of Americans have paid a bill late in the past six months, and 61% said it was because they didn’t have the money on hand to cover the cost. 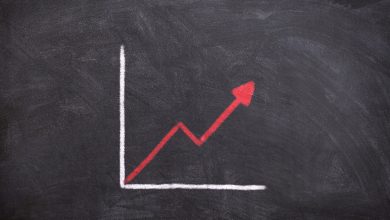 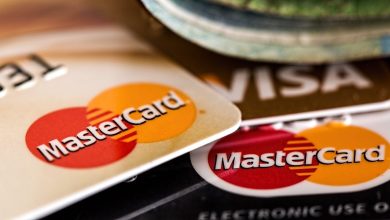 Americans Continue to Pay for Inflation With Credit Cards