Net employment in the United States rose by 263,000 in September according to the latest figures released by the Bureau of Labor Statistics, exceeding expectations and strengthening the Dollar.

Despite the current global economic headwinds and the fear of a potential recession, the United States’ labour market has continued to perform strongly. 263,000 net new jobs were added to the non-farm payrolls economy.

The leisure and hospitality sector spearheaded the growth in jobs by adding 83,000 posts last month, in line with its average monthly job gains so far this year.

Most of the vacancies were created in the food services and drinking outlets with 60,000 new jobs.

Yet the leisure and hospitality industries have not yet recovered from the damaging effects of the Covid-19 pandemic, as there are still 1.1 million fewer jobs available in the sector compared to February 2020.

Health care was another significant growth sector, which has now returned to its pre-pandemic employment levels, with the addition of 60,000 more jobs.

Jobs in the professional and business services grew by 46,000, but this was down compared to August where 68,000 jobs were generated.

It has been a sector that has performed well for this year, with an average monthly job growth total of 72,000.

In September, the main recruiters were from temporary help services, investigation, and security services, and in scientific research and development services.

Employment in construction and wholesale trade also increased by 19,000 and 11,000, respectively.

There was little change in other major industries, including mining,

The fall has also seen more people back to the office, as the number of employees who are still working from home has fallen by 1.3% down to an overall 5.2%.

The unemployment rate dropped by 0.2% to return to its July level of 3.5%, leaving 5.8 million people currently without work.

Those who are long term unemployed who have not worked for 27 weeks changed little at 1.1 million, accounting for 18.5% of all the unemployed.

Yet notwithstanding the jobs increase for September, the total percentage of the labour force participation rate was also largely unchanged at 62.3%.

In a keynote speech FOMC member Christopher Waller was not far off with a 260,000 job increase prediction for September, and then said that the jobs report should not result in the Fed changing course on its hawkish view of reducing inflation.

Mr. Waller also highlighted the higher inflation figures in August, as further evidence of why the Fed must be aggressive on monetary policy to reduce price pressures.

James Bentley, the director of traders Financial Markets Online, said “Sentiment has been bouncing around all week and there’s a feeling that the longer the labour market remains strong, the less likely a modest slump in the jobs outlook will stay the Fed’s hand.”

He added that the Fed probably has a higher pain threshold to remain on course with rate rises than investors expect.

The US Dollar reacted positively to the employment data, gaining 0.47% on the UK Pound, with the GBP/USD currency pair ending the week considerably lower at $1.1096.

With the situation in Ukraine continuing to escalate, and global equities suffering a prolonged downturn, the Dollar continues to attract investors as a safe haven.

The Dollar and its treasury yields are already in a strong, long-term bullish trend, and this data seems to be giving it more tailwind.

Comex Inventory: 17.4 Paper Ounces of Silver for Each Registered Ounce 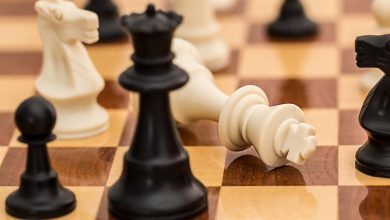 Will This Be the Last Move in the Fed’s Inflation Fight?