Central banks globally added to their net gold holdings for the fifth consecutive month in August, according to the latest data released by the World Gold Council.

On net, central banks added 20 more tons of gold to their reserves. Three banks drove buying in August and there were no notable sellers.

So far this year, central banks have added over 300 tons of gold to their goldings.

Turkey was the biggest buyer in August and has added more gold than any other country in 2022 to date. With its 8.9-ton purchase in August, Turkey has increased its gold reserves by 84 tons year-to-date. Turkey now holds 478 tons of gold between its central bank and treasury holdings, the highest level since Q2 2020.

Uzbekistan added 8.7 tons to its reserves in August, roughly the same amount as the previous five months. This brings its y-t-d net purchases to over 19 tons despite having begun the year by selling almost 25 tons in the first quarter.  Gold reserves account for just over 60% of Uzbek’s total reserves.

After being the only notable seller in July, Kazakhstan bought 2 tons of gold in August. Total Kazakh gold reserves stand now just shy of 375 tons, down almost 28 tons since the start of the year. It is not uncommon for banks that buy from domestic production – such as Uzbekistan and Kazakhstan – to switch between buying and selling.

Mexico and Serbia both made small 0.1-ton purchases in August.

Qatar was the biggest gold buyer in July with an addition of 14.8 tons added to its reserves. Preliminary data published by the Qatar Central Bank suggests a further addition to its gold reserves during August, but the data has not been reported but the IMF IFS database. The WGC said it decided to exclude the Qatar purchase from their data until the IMF reports the official numbers.

India’s lack of gold purchases in August was notable. India had been buying gold consistently for months. India now owns 781 tons of gold, ranking it as the ninth largest gold-holding country in the world. Since resuming buying in late 2017, the Reserve Bank of India has purchased over 200 tons of gold. In August 2020, there were reports that the RBI was considering significantly raising its gold reserves.

Central banks purchase a net 270 tons of gold through the first half of the year. This fell in line with the five-year H1 average of 266 tons. 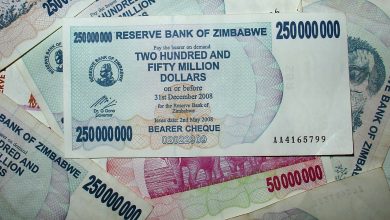 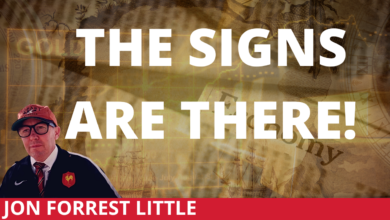 History Of Money and Evolution Suggests a Crash is Coming