What happens if the Federal Reserve loses money?

The Fed typically earns interest income from all of the bonds it holds on its balance sheet. It also collects fees for services that it provides. Most of any Fed operating profit is remitted to the US Treasury under federal law. That money becomes part of the federal government’s operating budget. In other words, the central bank serves as a revenue source for Uncle Sam.

But it is possible for the Fed to lose money. In fact, it will likely do so in 2023. If so, it would be the first operating loss since 1915.

While the Federal Reserve earns significant income from its massive balance sheet, it also has expenses. It pays commercial banks interest on reserve balances held at the central bank, along with interest on reverse repurchase agreements. The Fed also sends dividend payments to Fed member banks, and it has its own operating expenses.

As the Fed raises interest rates, it increases its own interest expenses. The interest generated by the bonds held on the balance sheet remains unchanged. Meanwhile, quantitative tightening decreases its balance sheet and reduces its interest income. The recent rapid increase in rates puts the central bank in a position that will likely mean an operating loss in the next fiscal year.

That raises a question: how will this loss affect the federal budget?

The most obvious impact is the US government will see a reduction in revenue which will increase the federal budget deficit.

Given that the US government reaps the benefit of central bank profits, you might think it would also bear the burden of a loss.

[I]n the unlikely scenario in which realized losses were sufficiently large enough to result in an overall net income loss for the Reserve Banks, the Federal Reserve would still meet its financial obligations to cover operating expenses. In that case, remittances to the Treasury would be suspended and a deferred asset would be recorded on the Federal Reserve’s balance sheet.”

Under this scheme, an operating loss will not reduce the Fed’s reported capital or surplus. The bank will simply create an “asset” on its balance sheet out of thin air equal to the loss and business will continue as usual. (This is kind of like money printing.) Once the Fed returns to profitability, it will retain profits in order to reduce the amount of this imaginary asset. In other words, the US government won’t get any money from the Fed until this “asset” is zeroed out. At that point, the Fed will resume sending money to the federal government.

In effect, this means the US government will see a reduction in revenue resulting in a budget deficit higher than it otherwise would have been.

The American Institute for Economic Research sums it up.

Simple accounting logic suggests that if the federal budget deficit is reduced when the Fed earns revenues in excess of expenses and remits these profits to the US Treasury, Fed losses should increase the reported federal budget deficit. This is especially true since Federal Reserve System losses now include the hundreds of millions of dollars of off-budget funding it is required to transfer to run the Consumer Financial Protection Bureau. If the current accounting rules remain unchallenged, the Congress could pass new legislation requiring the Federal Reserve to fund any number of activities off-budget without any impact on the reported federal budget deficit.”

This isn’t good news for a government already buried in debt and running massive budget deficits month after month. It means the US government will have to borrow even more money that the Fed will ultimately have to monetize.

This is yet another reason the Fed will find it very difficult to reduce inflation. Raising rates and shrinking its balance sheet to tame the inflation dragon means more pressure on the central bank to prop up the borrow and spend economy. This necessitates lower interest rates and quantitative easing. 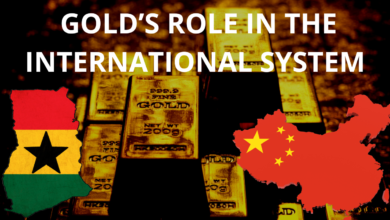 Gold’s Role in the International System 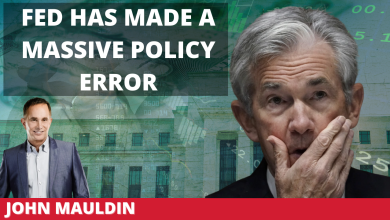 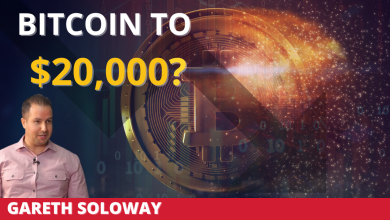 Gareth Soloway- Risk is for a Deeper Correction