Over the past 12 months the CPI revealed that inflation has increased by 8.5% over the past year, a fall from the 9.1% year on year rise that was announced last month for June.

The United States’ CPI index was unchanged month-on-month between June and July according to the latest data released by the US Bureau of Labor Statistics, suggesting a calming of the inflationary pressures that have recently gripped America, as the CPI rose by 1.3% in June and 1% in May. This could mean that we have seen a peak in inflation in the United States

The strongest piece of evidence that inflation has peaked is that in July’s CPI data the gasoline index fell by 7.7% month on month. As natural gas prices have also declined since June, the energy index overall tumbled by 4.6%. However, the energy price index has still risen by a huge 32% over the past year, highlighting the drag that energy prices have been on the United States’ economy, also harming consumer spending.

Of course, with the situation in Ukraine still unpredictable over the medium to longer term, energy prices still may be greatly adversely affected due to the high level of potential market volatility.

There was less positive news on the food index, which rose by 1.1%, and the indices for shelter, medical care, motor vehicle insurance, household furnishings and recreation all increased. Over the past year food prices have accelerated at their fastest pace since 1979.

The easing of the inflation rises will come as a surprise to some analysts, although the New York Federal Reserve carried out a recent study which concluded that there was a downfall in inflation expectations, offering real hope that inflation would be reduced. This hope has been met.

The latest CPI figures may provide some relief to the Federal Reserve, as it may not now have to be so aggressive in raising interest rates. Nevertheless, early indications are that most analysts still expect a rate hike by the Fed of 0.75% at its next meeting, which was already the case prior to the release of today’s data.

The US Dollar was on the defensive this week in the run-up to the CPI data release, and since the release a few hours ago, the greenback has fallen against almost all major currencies including the British Pound, the Euro, and the Japanese Yen.

The major US stock market indices, the S&P 500 Index, and the NASDAQ 100 Index, have also risen quite strongly.

Much will depend upon the signals members of the Federal Reserve send out over the coming days, but we seem to now have an environment in which the US Dollar is likely to be weaker, and riskier assets such as stocks and most commodities stronger. This could see the continuation of a major reversal in the Forex market, which has seen a strongly bullish long-term trend in the US Dollar over the past year. 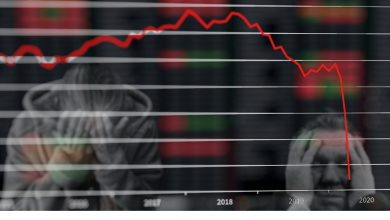 Peter Schiff: This Won’t Be a Short Shallow Recession 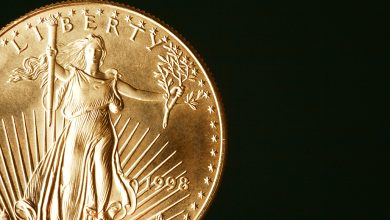