(Bloomberg) — European industry is showing the first signs of shutting down as Russia’s invasion of Ukraine boosts energy costs for steelworks, fertilizer plants and paper mills to unsustainable levels.

Most Read from Bloomberg

The war in Ukraine, combined with sanctions and counter-threats from Russia, have upended commodities markets, pushing European gas prices to fresh records and triggering one of the biggest oil-supply shocks since World War II. That’s starting to throttle demand from smelters and other energy-intensive plants across the region, which were already struggling before Vladimir Putin unleashed his military machine.

“We are going into unexplored territory,” said Fabian Rønningen, an analyst at Rystad Energy. “The demand destruction could also be on another scale than we have seen previously.”

On Wednesday, Norwegian fertilizer maker Yara International ASA said it would temporarily cut output of ammonia and urea at its European facilities to less than half of their capacity because of surging gas prices. Hungarian fertilizer producer Nitrogenmuvex is also temporarily halting production, while Borealis AG is curbing output.

Natural gas is used as a feedstock for nitrogen fertilizers, usually accounting for around 80% of a manufacturer’s costs. European gas futures are now about 10 times higher than a year ago. Forward gas prices stay high for the rest of this year, before easing in early 2023.

Soaring gas prices are hitting other energy-intensive industries, with paper makers Norske Skog ASA and Pro-Gest SpA halting mills in Austria and Italy this week. Pro-Gest said that the selling price of a ton of paper was lower than the cost of the energy required to make it.

Steelmakers including Acerinox SA suspended operations at several facilities across Spain after energy prices more than doubled in the past two weeks. Despite benchmark construction steel prices surging to record levels in Europe this week, many mills using electric-arc furnaces are still likely unprofitable.

Elsewhere in Europe, Liberty Steel’s mill at Rotherham in the U.K. has been forced to stop production due to soaring power costs, according to a person familiar with the matter. Liberty declined to comment.

With Russia reiterating its threat to cut off energy supplies in light of the sanctions imposed for its invasion of Ukraine, there is chance the situation could get worse. Europe still relies on Russian deliveries for about 40% of its consumption, even as its seeks to reduce that dependency by tapping new supplies, improving efficiency and using more renewables.

Authorities in Europe, including in France, are drawing up contingency plans, which would involve rationing to different industries if Russian gas was cut off. French energy lobby group Uniden estimates that about a fifth of the industrial output of the country’s 300 biggest gas users — ranging from chemical to food companies — could be cut in that scenario.

“We need to enter into a mindset of rationing,” Nicolas de Warren, president of Uniden, said in an interview. “This crisis is going to last.”

Most Read from Bloomberg Businessweek 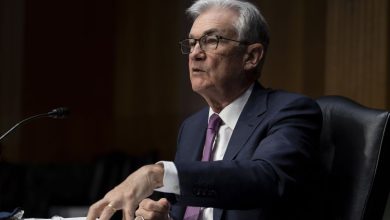 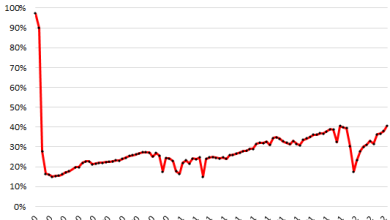 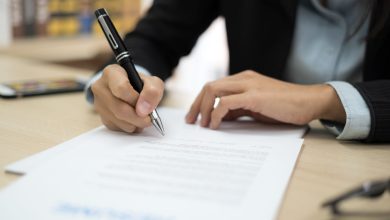 Great Resignation continues, as 44% of workers seek a new job 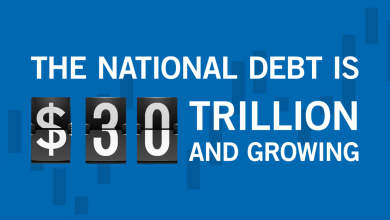 What Is The National Debt Today?