Weeks before the Russian invasion of Ukraine, I had highlighted data points on the Comex that could be signaling a big move ahead in gold. The invasion may have been the spark to light the fire, but the data showed the groundwork being laid back in January. Silver has now sent up its own flair that may be tied to the largest data adjustment ever seen at the CME in silver.

My thesis has always been that gold and silver on the Comex may experience a run on physical, resulting in an epic short squeeze similar to what is being seen in nickel right now. 2020 kicked off the massive influx of delivery requests. After taking a mild break in 2021, delivery is starting to ramp back up. Despite the slowdown in delivery requests for 2021, it has been clear that investors are seeking more physical. There has been a slow and steady accumulation month over month. With delivery volume picking back up, it’s possible the run on physical is starting to gain momentum. After all, anyone watching how crippled Russia is by sanctions must realize that the only real protection is physical precious metal in your vault. If you don’t hold it, you don’t own it!

Silver is less than halfway through the month of March but deliveries have already exceeded all but three months since the start of Covid. Much of the physical demand has occurred after the month closed. The chart below identifies the number of contracts opened mid-month for immediate delivery. As shown, this month has already exceeded all prior months dating back to September 2019. The chart above looks at all months in silver, combining both major and minor months. The line chart below focuses on just the major months and shows the net new contracts over time. From this perspective, it’s clear that March has deviated from trend in a major way. Major months are usually still negative at this time of the month, yet March 2022 has opened 1,796 contracts for immediate delivery! Looking at the house accounts, shows BofA taking its largest delivery order ever. What is driving such high demand? Why are the other house accounts bailing while BofA continues to accumulate? Unfortunately, it’s impossible to answer these questions with the available data. Looking at March historically, it’s quite possible this month could blow through last March, creating a new March record on physical deliveries. Especially considering there are 421 contracts still open. The April contract is a minor month in silver. Currently, it is actually below trend, but that could also be because all the attention is still focused on March. Jumping ahead to May also shows the data well within trend, albeit with a slight uptick in the most recent day. One thing to keep a very close eye on is the current spread between May and July (the next two major months in silver). As shown by the red line below, May silver has actually entered backwardation indicating that investors see more value in the front month rather than the far month. This is a very interesting development! Backwardation, combined with the demand for physical seen in March shows that there may be concern about the Comex ability to deliver in the future. March gold has continued a multi-month uptrend in which more contracts are standing for delivery. As shown below, almost 10k contracts have been delivered during a minor month. The recent March is head and shoulders above the previous five and is now contesting last March which also coincided with the Reddit silver squeeze. The attempted squeeze was very short, but the impact could be felt immediately, further demonstrating the possible thinness in the PM market. Jumping right into it shows that March gold has not gone parabolic like silver, but is certainly drifting above trend. Bank of America continues to be the life of the party. They have absorbed 5,680 contracts so far in March, which more than doubles the number of deliveries from all other parties. BofA has more than covered their outflow from December, but are still taking delivery at a rapid clip. From a dollar perspective, this is already the biggest March on record! April gold popped heading into the March contract but has recently fallen back in line with the recent averages. Even though it looks to be in line, it’s still hard to ignore the deviation from trend shown below. Are the contracts from earlier this month leaving, are they waiting for delivery, or are they the ones driving record mid-month deliveries for March? The move into the close will be interesting to follow!

The spread between the contracts has actually moved the opposite way than silver, shooting up rather than down. For perspective, gold is a relatively tight market and the increase is only 3bps. A market under true stress would look more like silver and gold would enter backwardation. This has not happened (yet?).

Jumping ahead to the next minor month of May shows that it has already accelerated past where March stood at this time. This is surprising to see considering that March is still open for delivery and April has only just started to roll. One final chart to consider is to look at April historically. While next to other major recent months it has fallen in-line (Figure 13), compared to April historically, it is still above trend. Only April 2020 showed similar strength. That was when the gold market was under major stress due to the lockdowns. First, it was gold flashing all the warning signs, but silver has joined the party too. April gold may look to be back in line, but the trend in mid-month deliveries is historically high for this time in the cycle. Additionally, May is already starting to break trend. As for silver, mid-month deliveries have simply gone parabolic and May has entered backwardation.

Beyond speculation, it’s impossible to determine what all these signals mean. The moves I have been highlighting on the Comex all occurred before the Russian invasion. Since then, the trends have only become more extreme.

The hypothesis is that one day gold and silver will have their nickel moment. A pure short squeeze on paper contracts as demand for physical overwhelms supply. We are not there yet, but the data continues to point in that direction. 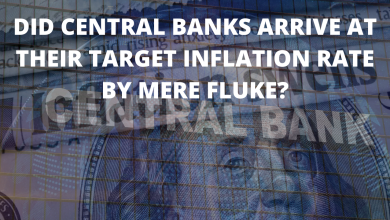 Did Central Banks arrive at their Target Inflation Rate by Mere Fluke? 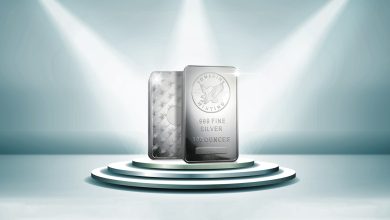