Most Read from Bloomberg

Chile’s peso jumped on Thursday after the central bank unexpectedly delivered its biggest interest rate hike since 2001 and signaled borrowing costs will continue to rise higher than many investors had expected.

The currency rose 0.6% to 796.84 per dollar as of 8:00 a.m. in New York, outperforming most emerging-market peers and extending its year-to-date advance to about 7%, the largest among all currencies tracked by Bloomberg. Swap rates jumped, with the one-year contract rising more than 35 basis points, while stocks were little changed.

Hours before, policy makers lifted the overnight rate by 1.5 percentage points to 5.5%, surprising nearly all analysts in a Bloomberg survey who expected a hike of 125 basis points. In a statement, board members wrote that activity and inflation readings have been “somewhat” above forecasts published in December, and that price pressures from global factors have risen.

“The evolution of inflation continues to face significant risks and their possible materialization becomes especially relevant in a context where both the annual change in the CPI and its outlook are already high,” they wrote.

The larger-than-expected rate hike improves the currency’s carry appeal and provides extra fuel to its world-beating rally. Investors have been piling on the peso this year, encouraged by President-elect Gabriel Boric’s recent market-friendly signals — including his opposition to further pension withdrawals. Last year, the peso was among the worst performers in the developing world, falling 16.5%.

The aggressive rate hike signals fresh concerns over the ability to tame Chile’s fastest annual inflation in 14 years amid record economic growth. Since the prior decision in December, consumer price increases topped forecasts for the sixth consecutive month, the recovery of the local labor market gathered steam and oil surged worldwide. Analysts and traders surveyed by the bank see cost of living rises above the 3% target over the next two years.

“The bigger than expected rate hike on Wednesday’s meeting shows policy makers increasingly worried about lingering pressure on prices and growing risks to the inflation outlook. It points to upward revisions to inflation forecasts in the next quarterly monetary policy report in March and changes in forward guidance to anticipate additional hikes and rates at the end of the tightening cycle above previous guidance of 5.5%-6.0%.”

The decision represents a shift from the bank’s prior guidance. In the minutes to the December rate-setting meeting, policy makers wrote the hike of 125 basis points implemented then “could mark the rhythm of future increases” and also that they wanted to avoid surprising markets on borrowing costs.

The move also followed remarks from U.S. Federal Reserve Chair Jerome Powell, who said the central bank was ready to raise interest rates in March and didn’t rule out moving at every meeting to tackle the highest inflation in a generation. Within Latin America, Colombia and Brazil are among the countries expected to raise borrowing costs again in coming days.

“We expect a rate hike of 150 basis points in March and then to have borrowing costs held at that level for one or two meetings as they wait for signs that the economy and inflation are cooling off,” Sergio Godoy, chief economist at STF Capital, said about Chile.

Chile’s economy expanded about 12% in 2021, the fastest pace yet for the South American nation, according to central bank estimates published last month. Growth was powered by temporary stimulus including emergency cash transfers and three rounds of early pension withdrawals totaling nearly $50 billion.

On top of that, the recovery has also been spurred by the swift vaccination campaign against Covid-19 which has delivered booster shots to almost two-thirds of Chile’s population, the second-highest tally in the world, according to Bloomberg’s vaccine tracker.

In Wednesday’s statement, policy makers wrote that there is high demand for labor and that bank credit and consumption remain strong. “The sustained dynamism of imports of all kinds of goods is worth noting,” they wrote.

Those factors, together with global supply bottlenecks and higher commodity costs, catapulted annual inflation to 7.2% in December. In the statement, board members highlighted that price hikes were widespread.

“One of the most significant un-anchoring of inflation expectations in recent decades drove the central bank to raise the interest rate by 150 basis points,” Jorge Selaive, chief economist at Scotiabank Chile, wrote on Twitter.

Outgoing central bank head Mario Marcel, tapped by Boric as finance minister, did not vote on Wednesday. He is focusing his final days at the institution on ensuring a smooth transition, leaving the rate decision in the hands of the four remaining board members.

President Sebastian Pinera is expected to appoint a new central bank head to replace Marcel before finishing his term in early March.

Going forward, policy makers are signaling that borrowing costs will reach 6.5% in the second quarter and 6.75% in the third, according to Martina Ogaz, an economist at Euroamerica. The board will likely opt for smaller hikes “unless there’s another inflation surprise,” she said.

Most Read from Bloomberg Businessweek 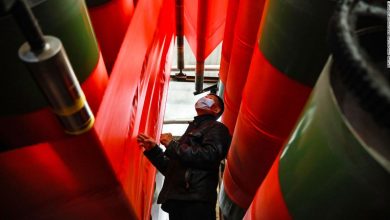 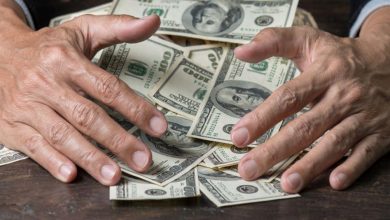 US stocks giving up the gains 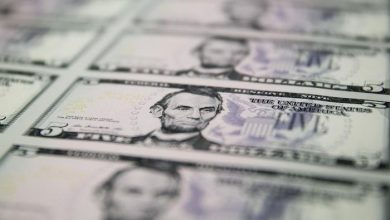 US Dollar Charges Higher as Treasury Yields Surge and Crude Oil Soars. Where to Next?