Annualized inflation in the United States has fallen for the fifth successive month, down to 7.1%, as the Federal Reserve prepares to deliver its next interest rate verdict on 14th December.

The latest figures from the Bureau of Labor Statistics (BLS) in the USA revealed that prices over the past 12 months fell by a significant 0.6% from last month’s data and was also 0.2% down from the 7.3% annualized that was expected by many analysts.

There was more positive news as the New York Federal Reserve inflation survey for November found that market respondents see one-year ahead inflation running at 5.2%. As this was 0.7% down on the previous survey, it could be seen as another clear indicator that inflation in the United States will continue to ease.

The US CPI did rise by a slender 0.1% margin for November, but this was at a much slower pace than the previous month of October when prices rose by 0.4%.

The food index from the BLS figures rose by 0.5% for November, but the pace of food prices increase has slowed over the previous six months. In May the index stood at 1.2%.

Overall, the prices for four of the six major food groups increased over November. There was an about-turn for fruit and vegetable prices as they escalated by 1.4% after falling by 0.9% in October.

In contrast, the index for meats, poultry, fish, and eggs fell 0.2% over the month after rising by 0.6% in October.

The data revealed that food at home has increased by 12% over the previous year, highlighting the punishing rise in food prices.

Electricity may have fallen in the latest figures by 0.2% month-on-month, but prices have still increased by 13.2% over the past year.

The gasoline index has risen by an annual 10.1%, and the fuel oil index has surged by an eye-watering 65.7%.

The US stock market has reacted positively to the inflation data, as this may signal the beginning of a change of direction from the Federal Reserve and its aggressive rate-rising stance.

The Nasdaq 100 index saw a rise of just under 3.40% in the first hour following the BLS announcement.

The S&P 500 index, which has endured a difficult year, increased by 2.34% after the inflation news, and briefly traded above 4100.

The US Dollar, with many investors perhaps seeing at the very least an easing of the pace of rising interest rates, fell as sell-offs began of the greenback.

The US Dollar depreciated against all other major currencies, including the British Pound, the Euro, and the Japanese Yen.

The biggest fall was against the Yen, where the greenback fell by 1.89%, with the USD/JPY currency pair reaching ¥134.90.

All Eyes on Fed Meeting

The markets will be taking a strong interest in the outcome of the next Federal Open Market Committee meeting on 14th December.

Federal Reserve Chairman Jerome Powell in a recent key speech said that brakes could be placed on the pace rate rises, as the previous hikes had not yet filtered through the economy.

As annual inflation has fallen again, the FOMC decision may be influenced by this sentiment.

Richard Carter, head of fixed interest research at Quilter Cheviot, said: “Inflation continues to move in the right direction for the US, with today’s print coming in lower than expectations. As a result, the Federal Reserve will feel vindicated in its aggressive stance, while the markets will begin to think that the pain of tighter monetary conditions could soon be over. While the war against inflation is turning, we are a long way off declaring victory and the Fed will keep its hawkish stance for a while longer, even if it does potentially force a recession.”

Nigel Green, the CEO of the deVere Group, expects a seventh consecutive rise with a slower 0.50% increase, but has warned that with falling prices and a cooling labor market the Federal Reserve could be “playing with fire”. 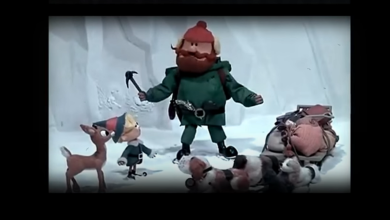 Silver and Gold! Or Peppermint?