While most central banks around the world have tightened monetary policy in an attempt to bring price inflation under control, Japan has done the exact opposite. But in a surprise move, the Bank of Japan widened its target range for 10-year Japanese bond yields, effectively raising the interest rate.

The move strengthened the yen, put more pressure on a weakening dollar, and rattled the global bond market.

Under the policy announced Tuesday, the BoJ said it would allow the yield on 10-year Japanese government bonds to move up to 50 basis points on either side of its 0% target. The previous policy allowed for a 25 basis point fluctuation.

The Bank of Japan said the move was intended to “improve market functioning and encourage a smoother formation of the entire yield curve, while maintaining accommodative financial conditions.”

The policy change was in response to rising volatility in the bond market. The BoJ statement noted the increase in global market volatility, saying it has “significantly affected these markets in Japan.”

The functioning of bond markets has deteriorated, particularly in terms of relative relationships among interest rates of bonds with different maturities and arbitrage relationships between spot and futures markets.”

A Japanese economist at Itochu Economic Research in Tokyo said the fact that the Japanese central bank made the move with no prior communication is what really shocked the markets.

The BOJ must have been forced into action because the bond market functionality is almost dead.”

There have been rumblings in the US Treasury bond market as well. According to a Reuters report last month, “The US Federal Reserve’s ongoing balance sheet drawdown has exacerbated low liquidity and high volatility in the $20-trillion US Treasury debt market, raising questions on whether the Fed needs to re-think this strategy.”

One bond analyst told Reuters that the volatility could force the Fed to pivot back to QE.

It is certainly conceivable that, if bond volatility continues to rise, we could see a repeat of March 2020. The Fed will be forced to end its QT and buy a large amount of Treasury securities.”

The Japanese yen surged on the news. The dollar fell by as much as 3.3% against the yen. With the rally, the yen charted the biggest single-day increase against the dollar since March 1995.

The weakening dollar spilled over into the gold market with the yellow metal rising over $30 an ounce and pushing back above $1,800.

The surging yen reversed months of Japanese currency weakness that started last spring when the Bank of Japan vowed to buy an unlimited number of Japanese government bonds in order to hold the 10-year yield under its 0.25% target. The policy was in effect quantitative easing with no limits creating an unlimited quantity of yen out of thin air. Predictably, the yen tanked.

The move to allow bond Japanese bond yields to rise also tanked the global bond market, causing interest rates to spike. At the peak of the selloff, the yield on the Japanese 10-year bond climbed to 0.43%, its highest level since 2015. US 10-year Treasury yields rose by about 7 basis points. European government bonds also sold off. The yield on the German 10-year bond was up around 7 basis points.

But in the big scheme of things, the move wasn’t particularly significant. The BoJ left interest rates pegged at -0.1% and the quantitative easing program remains in place. In fact, the Japanese central bank committed to buying more bonds in an effort to defend the new target.

Some analysts think the Japanese central bank is testing the waters for monetary tightening. One investment analyst told CNBC, “The decision is being read as a sign of testing the water, for a potential withdrawal of the stimulus which has been pumped into the economy to try and prod demand and wake up prices.”

But she noted that the messaging from the BoJ was that it was a fine-tuning of policy, not a reversal.

In a tweet, Peter Schiff said that the Bank of Japan will have to allow Japanese bond rates to move even higher in the future and it will impact US price inflation.

More hikes are coming. In the US this means the dollar and asset prices will fall and inflation will rise. … Higher rates in Japan will weaken the dollar. That increase the cost of our imports. It will also push up commodity prices in general, and add upward pressure to US interest rates. These higher costs will be passed on to consumers in the US.”

He also pointed out that a 50 basis point yield on a Japanese bond remains excessively low. The BoJ will have to continue to buy bonds to hold the interest rate at that artificially low level necessitating more rate hikes.

Because a 50 basis point yield on a 10-year JGB (Japan Government Bond) is also artificially low, that level will be just as hard to defend as 25 basis points. It will also require the BoJ to create just as much additional inflation to buy JGBs. So the 50 basis point target will be raised repeatedly.” 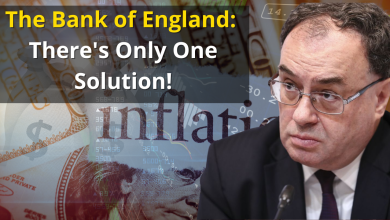 The Bank of England: There’s Only One Solution! 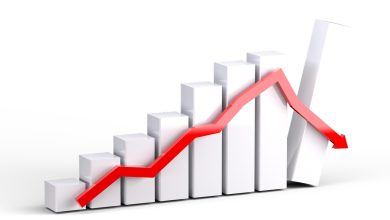