Markets are seeing dramatic, strong, long-term risk-off trends powering to new highs in the US Dollar, while risk assets sink.

The Fed Pulls Back on Treasuries but Dives in on MBS 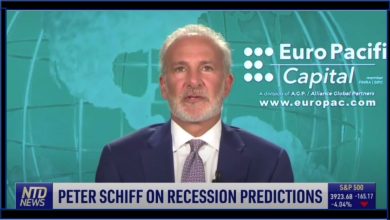 Peter Schiff: The Recession Is Already Here and It Won’t Be Mild