Jerome Powell and other central bankers at the Federal Reserve are still talking tough about their inflation fight even as the economy continues to deteriorate. Peter Schiff says we’re nearing an inflection point, but the markets don’t get it yet. As he explained in his podcast, the Fed’s monetary tightening is causing a recession, but ultimately, the central bank will surrender to inflation. There is a day of reckoning ahead and we can’t avoid it much longer.

Stock market indexes went into the holiday weekend with another big selloff. We still haven’t reached the June lows, but the markets appear to be heading in that direction. Peter said he thinks we are on our way to “a historic bear market” both in severity and longevity.

Not only are we starting from an unprecedented level of excess valuation, but it’s also happening at a time of unprecedented macroeconomic imbalances. The economy has never been weaker while stocks have been more overpriced.”

Peter said we are at an inflection point. In the past, every time the stock market got into trouble or the economy got shaky, the Federal Reserve came to the rescue with more cheap money.

Well, it can’t do that anymore. At least it’s claiming it’s not going to do that. And if it did do that, it would have dire ramifications. So, for now, it’s not doing it. And the markets still don’t understand what this means for the economy and what it portends for stock market prices.”

Stock prices are floating on that sea of liquidity. The valuations are extreme. But now, the Fed is pulling the plug, draining the markets of that liquidity, at the time when the markets need it the most.”

Earnings are under pressure because we are in the early stages of a recession. As the recession continues, there will be more downward pressure on earnings. And as interest rates rise, the value of those diminished earnings is falling even faster as they are discounted with those higher rates. Meanwhile, rising interest rates themselves hurt earnings because corporations are carrying unprecedented levels of debt. Artificially low interest rates did their job, incentivizing not only corporations, but also individuals and governments, to take on more and more debt.

Because of the Fed, everybody is leveraged to the hilt. The economy has never been this leveraged and never been this dependent on the cheap money that the Federal Reserve is now taking away. So, we’re going to go through the mother of all economic withdrawals as the Fed is weaning us from this monetary heroin.”

As businesses have to pay more to service their debt, that reduces earnings. It also lowers dividends, and it also means less money for stock buyback schemes. That means stock prices will likely continue their downward trend.

But a lot of people don’t understand. You still hear people out there talking about a “soft landing.” Peter said we’ve already crashed.

The only thing is we haven’t burst into flames yet.”

There seems to be an ongoing debate about whether the Fed needs to cause a recession to tame inflation. Peter said that’s not what happens. The central bank doesn’t have to set out to cause an economic downturn. The recession is simply a consequence of the inflation fight.

In fact, Fed policy led to both excessive debt in the economy and rising prices.

Because it left monetary policy so loose for so long and allowed the economy to get so leveraged, allowed inflation to get this out of control, it’s not about the fact that fighting inflation is going to cause a recession. It’s going to cause a financial crisis. There is no way around that.”

Why don’t more people understand this?

Peter said this is why any comparisons between current Federal Reserve Chairman Jerome Powell and former chair Paul Volker fall flat. Powell will not succeed in this inflation fight.

Powell will surrender and inflation will win because when push comes to shove, and when we are in a financial crisis, Powell will not continue to fight inflation. He will give up that fight in order to save the economy and the markets from the consequences of that financial crisis. And that’s when inflation will cause an even greater crisis in terms of the US dollar crisis and a sovereign debt crisis, a fate that, so far, the US has managed to avoid. But its ability to postpone that day of reckoning will rapidly come to an end.”

In this podcast, Peter also talks about the August non-farm payroll data, how gold is bucking the downtrend in stocks, and Biden’s Philadelphia speech. 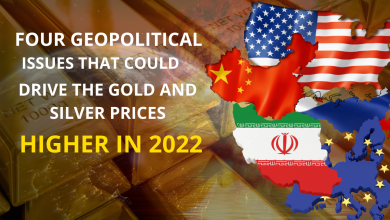 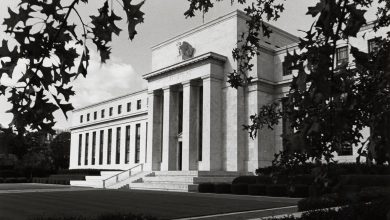 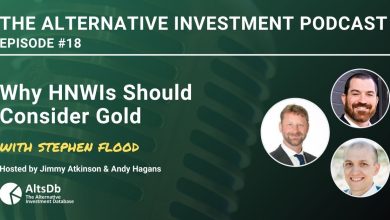 Gold is Needed as a Safe Haven Investment Now More than Ever!