The CPI cooled in July. The White House and others in the mainstream continue to insist there is no recession. Is everything looking up?

Peter Schiff was on Fox Business with Liz Claman, Kenny Polcari (Slatestone Wealth Peak Market Strategist), and Teddy Weisberg (Seaport Securities) to discuss the Fed’s attempt to fight the inflation it caused. Peter said we haven’t seen peak inflation, and on top of that, the recession will get worse.

Liz opened the discussion by asking: is inflation in the rearview mirror? Is the coast clear for equity investors? Peter said, “not at all.”

Consumers got a reprieve for a month. High prices didn’t get any higher. I mean, they didn’t drop. But how many times last year did all the experts come out and proclaim that we had just seen peak inflation, only to see new peaks a month or two later? And I think the same thing is going to happen this time. I don’t think 9.1% that we got last month is the peak. I think we’re going to take that out. It may take a few months to do it, but we will do it.”

The other panelists generally agreed. Weisberg said any good news on the inflation front is “catnip for the markets” and he thinks the optimism is premature.

Liz asked Peter if he was willing to give the Fed any credit for hiking rates and tightening monetary policy after the “ridiculously low emergency levels.” Peter said, “absolutely not!”

Peter said given the situation, gold is underpriced, along with mining stocks.

People believe the Fed is going to be victorious in its fight over inflation, and if it isn’t, they believe recession will do the job for the Fed. But it won’t. Inflation is going to get a lot worse as a result of this inflation getting worse. So, we’re going to have the worst of both worlds. We’re going to have very high inflation — higher than we have now. And an even deeper recession than the one we’re in now. And I think in that environment, gold is really going to shine, and I think investors will end up doing very well if they pick up some of these gold mining stocks that are really at bargain basement levels.” 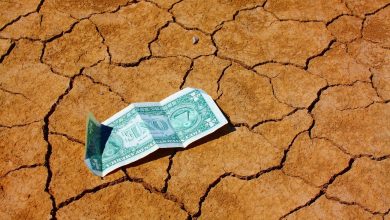 Is a Post-Dollar World on the Horizon?

Hiring Slows in 5 out of 8 Sectors