The recent numbers show that the 13-week annualized value has actually turned negative for the first time since 2009. This can be seen more clearly in Figure 5 below. First, a look at the seasonally adjusted monthly numbers in Figure 1. Figure 2 below shows non-seasonally adjusted money supply. The current slowdown can be seen very clearly when compared to the growth since Covid. Three of the last seven months have seen reductions in the money supply. While the Fed does need to decrease the Money Supply to rein in inflation, the small decreases are not nearly enough to offset the massive increases during Covid. The table below shows this slowdown more clearly. Over the past three years, seasonally adjusted M2 growth has averaged 13.7% annualized. In the past year, that has fallen to 5.9%, dipping to 1.7% over the last 6 months, and falling to -0.9% in the most recent month. This is a dramatic slowdown.

When looking at the average monthly growth rate before Covid, June historically expands at an annualized 6.4%. This compares to -0.9% for the current month. The Fed only offers weekly data that is not seasonally adjusted. This can be seen below which actually showed a decent uptick of $103B in the most recent week. Growth has now collapsed to -0.46% which is the lowest reading since November 2009. This is also the 25th week of negative or zero growth in Money Supply.

The plot below helps show the seasonality of the Money Supply and compares the current year (red line) to previous years. For the month of July, this is the slowest 13-week Money Supply growth in at least 25 years. Only in 2009 at the depths of the Great Recession was Money Supply growth lower than -0.46%.

This is a major slowdown in Money Supply and could pose significant headwinds for the stock market and economy. Unfortunately, the chart below shows that the Fed has never been further behind the inflation curve. A recession on its own will not cure this inflation problem because of the lagged effects. Looking at the period of 1970, inflation always moved higher on a delay after significant expansion in the money supply. Price increases are still waiting to feel the full effects of all the M2 growth from 2020 and 2021. Furthermore, history shows it required rates higher than inflation to bring prices back down. The charts below are designed to put the current trends into a historical perspective. The orange bars represent annualized percentage change rather than raw dollar amount. The current slowdown can be seen on the right side. Please note the chart only shows market data through July 4 to align with available M2 data. One other consideration is the massive liquidity buildup in the system. The Fed offers Reverse Repurchase Agreements (reverse repos). Essentially this is a tool that allows financial institutions to swap cash for instruments on the Fed balance sheet. The market is currently experiencing an epic collapse in the Money Supply growth rate. Making matters worse is that growth doesn’t typically find a seasonal bottom until August, which means the growth rate is likely to fall further into negative territory by the next Money Supply data release. This is especially true given the extra super-sized rate hike the market is about to get.

Unfortunately for the Fed, the CPI remains extremely elevated despite crashing Money Supply growth. This means they are far more likely to break something in the economy and be forced to reverse course long before the CPI gets anywhere near 2%.

No doubt the fall in Money Supply has been able to hurt the market and certainly hold back gold and silver, but when the Fed pivots it will inject another massive dose of monetary stimulus to try and undo the damage it is inflicting right now. When that happens, gold and silver are likely to launch and never look back.

Data Updated: Monthly on the fourth Tuesday of the month on 3-week lag 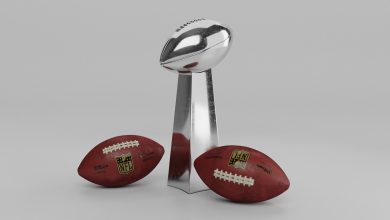