The Federal Reserve took a more aggressive swing at red-hot inflation at its June FOMC meeting, raising interest rates by 3/4%. It was the biggest hike since 1994. The question is will this be the last swing at inflation?

Federal Reserve Chairman Jerome Powell continues to claim a “soft landing” is possible and the Fed can get inflation back to the 2% target without tipping the economy into a recession. He insists the economy remains strong and the American consumer is healthy.

I’m not convinced about any of this.

Keep in mind this is the same guy who told us pumping trillions of dollars into the economy during the pandemic wouldn’t cause inflation and then that inflation was “transitory.” The Fed has a pretty miserable track record when it comes to its economic projections.

The 75 basis-point rate hike wasn’t a complete surprise after the May CPI data came in hotter than expected. Markets immediately began pricing in the hike. But just one month ago, a 3/4% interest rate increase wasn’t even under consideration.

Reading between the lines, I think that the Fed hoped that its meager 50 basis-point hike last month, along with a little tough talk, would rein in the inflation dragon. During his post-meeting press conference, Powell confessed the committee was surprised it didn’t work.

We’ve been expecting progress and we didn’t get that; we got sort of the opposite.”

With the data clearly indicating inflation hasn’t peaked, the Fed had little choice but to get more aggressive.

Powell even left the possibility of another 75 basis-point rate increase on the table. But he also gave the Fed some wiggle room to slow its roll.

Clearly, today’s 75-basis-point increase is an unusually large one, and I do not expect moves of this size to be common. From the perspective of today, either a 50-basis-point or a 75-basis-point increase seems most likely at our next meeting. We will, however, make our decisions meeting by meeting and we’ll continue to communicate our thinking as clearly as we can.”

As far as balance sheet reduction goes, there wasn’t any change in policy. The FOMC statement said, “The Committee will continue reducing its holdings of Treasury securities and agency debt and agency mortgage-backed securities, as described in the Plans for Reducing the Size of the Federal Reserve’s Balance Sheet that were issued in May.”

Powell said, “We are continuing the process of significantly reducing the size of our balance sheet.” [Emphasis added]

Using the word “significantly” seems a bit of an overstatement given the size of the balance sheet. And the plan outlined last month was less than impressive. It’s certainly not significant. If the central bank follows through (and it almost certainly won’t) it would take about eight years to reduce the balance sheet back to prepandemic levels.

The mainstream praised the Fed for its aggressive move against inflation. The stock market even rallied. But in the big scheme of things, this was not particularly aggressive. FOMC members think that pushing rates to 3.5 to 4% should do the trick. Remember, Paul Volker had to run rates up to 20% to slay the inflation dragon of the 1970s. That was well above the CPI at the time, meaning the Fed would need to get rates over 8% to tame the current bout of inflation. (And of course, the actual CPI is much closer to those 1970s levels than the cooked numbers used today indicate.)

This economy was built on easy money and debt. Taking away the easy money will pop the bubble and collapse the house of cards economy. In reality, this needs to happen. We need a recession to cleanse all of the misallocations and distortions out of the economy. But that would mean a lot of pain. And for all of the tough talk, I don’t think the Fed has the political will to allow the economy to crash.

Powell seems to be in complete denial about the condition of the economy. During his press conference, he painted a rosy picture completely detached from reality.

Overall spending is very strong. The consumer is in really good shape financially. They’re spending. There’s no sign of a broader slowdown that I can see in the economy. People are talking about it a lot. Consumer confidence is very low. That’s probably related to gas prices and also just stock prices, to some extent, for other people. But that’s what we’re seeing. We’re not seeing a broad slowdown. We see job growth slowing, but it’s still at quite robust levels. We see the economy slowing a bit, but still growth levels—healthy growth levels.”

Meanwhile, the Atlanta Fed just revised its Q2 GDP growth projection to — zero. That follows on the heels of a -1.5 GDP print in the first quarter. Powell is saying he thinks the Fed can slay inflation without pushing the economy into a recession, but the numbers tell us we’re probably already in one. And Powell calls this a “healthy” growth level.

As for consumer spending, retail sales unexpectedly declined in May, despite rapidly rising prices. For the last several months, sanguine pundits pointed to “strong” retail sales as proof the consumer remained healthy. Even then, it was clear that Americans weren’t buying more stuff.  They were simply paying more for the things they were buying. Keep in mind that retail sales aren’t inflation-adjusted. Rising prices alone can lift retail sales data. It now appears consumers are reining in spending even more.

To keep up with rising prices, American consumers are charging up their credit cards. Consumer debt hit a record level in April. Despite Powell’s claims, the consumer is not in “good shape” financially.

The data indicates the economy is at a tipping point. If this rate hike doesn’t push it over the edge, the next one almost certainly will.

Passant Gardant published this graph that indicates the current interest rate is very close to the maximum that the economy can handle before plunging into a recession.

As you can see, the peak of the rate hike cycle gets lower and lower with each subsequent tightening. No matter how emphatically Powell insists that the Fed can raise interest rates, slay inflation and bring us to a soft landing, reality says otherwise. There is nothing to lead us to believe that the Fed can get rates to 2% without crashing the bubble economy, much less hike them to 3.5% or 4%. (And that’s not even enough to slay inflation.)

The Fed is at a crossroads. The question is which direction will it go? Will it continue to fight inflation, despite a crashing economy? Or will it surrender and pivot back to easy money and quantitative easing, letting inflation run wild in order to rescue the economy? 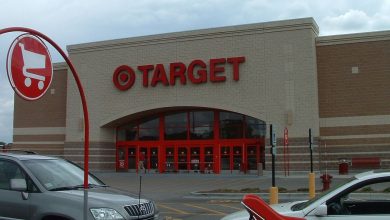 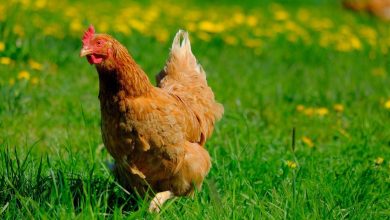 Rick Rule: Fed Will “Chicken Out” on Inflation Fight