There are a lot of people already claiming inflation has peaked and that the Federal Reserve is winning the war against inflation. But on what evidence?

Certainly, just looking at the price of oil, we’ve done nothing to combat inflation. In fact, if you look at actual evidence that’s out there, we are further behind the inflation curve than we were when the Fed began its fight. And that’s because it’s a fake fight. The Fed is talking, but they’re not acting. They’re dragging their feet on both rate hikes and quantitative tightening.”

There is some evidence that the central bank may have finally started trying to shrink its balance sheet. We saw a slight drop in total assets held by the Fed in April. But how long can it keep up quantitative tightening?

How long before they call it off and go back to quantitative easing? Because that is ultimately going to happen. And the way that you know that’s going to happen is because nobody in Congress is talking about major tax increases for the middle class. Nobody is talking about significant cuts to government spending, including middle-class entitlements like Social Security and Medicare. Because that’s what would be required in order for the Fed to actually follow through on its commitment to shrink the balance sheet. Because after all, if the Fed is going to shrink the balance sheet, how is the government going to sell all of these bonds if it continues to spend the same amount of money?”

The government depends on the central bank to create artificial demand for its bonds. When the Fed shrinks its balance sheet, it will go from being one of the biggest bond buyers to a bond seller. Instead of helping the Treasury sell bonds, it will become a competitor in the marketplace. Even if the Fed doesn’t actually sell Treasuries, but simply allows bonds to roll off its books without replacing them, it’s a difference without a distinction. That still means the Fed will have to sell more Treasuries to make up for what the Fed is no longer purchasing.

Absent Fed buying, interest rates will have to continue to skyrocket in order to entice people to buy all of the Treasuries necessary to finance government spending. The government cannot afford to have its borrowing costs increase.

So, the only alternative is to replace the Federal Reserve with the taxpayer. So, we need to have more taxes, or we have to cut spending. But since neither of those is under consideration, that quantitative tightening can’t happen. They can start, but they can’t complete it.”

Peter said this is also how you know we won’t make any headway in this inflation fight.

In April, the CPI was 8.3% on an annual basis. That means the Fed needs to raise rates to over 8.3% just to get the real rate to zero. And that’s using the cooked government CPI formula that understates inflation.

President Joe Biden keeps saying he’s committed to fighting inflation. But you can’t be committed to fighting inflation without a commitment to cutting government spending or raising taxes. And not just raising taxes on the rich. That won’t generate enough revenue. They would have to raise taxes on the middle class — something Biden says he won’t do.

If the government has been relying on inflation as its source of funding, if that’s how all of this government is being paid for, well, if we’re going to stop creating inflation, then we need an alternative way for paying for government, or in the alternative, we have to reduce the size of government because there’s no way to pay for it.”

Peter said the public needs to understand that there is no free lunch.

Biden claims we’re going into this inflation fight in a position of economic strength, thanks to his policies.

Again — in order to fight inflation, you have to raise interest rates and shrink the money supply.

In this podcast, Peter also talks about the May jobs numbers and points out that employment is a lagging economic indicator. 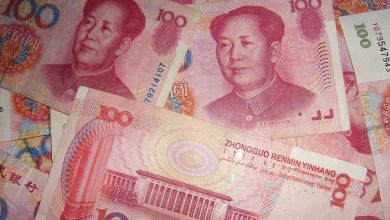 Is the Chinese Yuan Beginning to Chip Away at Dollar Dominance? 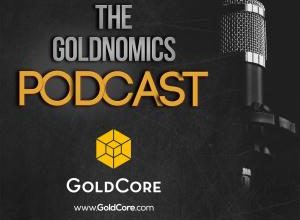 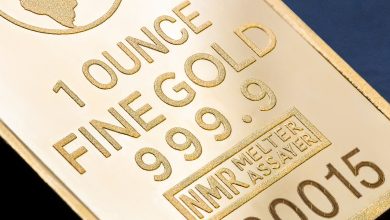