With the European Central Bank looking a bit slow on its hawkish turns in monetary policy, many analysts see a precarious Euro and a danger of Eurozone fragmentation concerning implementation.

Thursday 9th June 2022 saw the European Central Bank decide to leave its Main Refinancing Rate unchanged at 0.00%. The decision was apparently unanimous, according to ECB President Lagarde’s statements during the subsequent press conference. This was no surprise, as it had been widely expected by analysts, but it does position the Eurozone in a relatively dovish place as other major central banks have been busy hiking their interest rates over recent months.

In addition to the decision on current interest rates, the ECB also released its Monetary Policy Statement, which explains the reasoning behind its current policy, and gives insight into what actions the Bank may take at its meetings in forthcoming months, and why. The statement gave some clear insights regarding the Bank’s thinking concerning its next meetings due in July and September.

The statement indicated that the Bank is set to hike rates by 0.25% at its July meeting and completely end its asset purchase program (quantitative easing). This is no surprise and was already widely expected. In the later press conference, President Lagarde justified the size of this hike by basically saying “you always start small and test to see how it goes”, which many analysts are going to find unconvincing and overly dovish.

The statement’s content regarding the September meeting was more revealing. It indicated that meeting would see a second, larger rate hike of 0.50% if the current historically high rate of inflation persists or increases. The Bank certainly expects inflation to persist, stating also that core inflation should remain above their 2% target until the end of 2024. This statement was optimistic on the Eurozone’s “strong” economy’s ability to absorb this larger rate hike.

On inflation, President Lagarde promised that the Bank would ensure that inflation will be brought down to the 2% target over the medium term. Clearly, markets are not convinced: as she spoke, the German 10-year yield hit its highest rate in almost six years.

A further concern is fragmentation, as some member states, notably Italy, are showing much lower yields than the German one. This triggers fears by some analysts that the anticipated hikes in July and September are going to cause problems for monetary policy transmission by the ECB. President Lagarde promises to take action to prevent this, but it is far from clear how this will be done effectively.

Approximately two and a half hours after the ECB’s release, the following price changes were observed in key Eurozone market barometers:

This negative reaction was expected by many analysts who see the ECB as well behind the curve and heading for a tight spot which it will be unable to effectively navigate.

These analysts tend to see short EUR/USD as the most interesting trade idea, believing that the Euro really requires a higher Man Refinancing Rate to arrive more quickly than is indicated by the ECB, to be effectively supported. 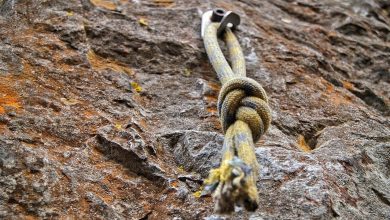 Is the Federal Reserve at the End of Its Rope?