US CPI data released today again came in higher than the consensus forecast, but the annualized rate drops from 8.5% to 8.2% giving hope inflation has peaked.

Wednesday 13th May 2022 saw the release of US CPI (inflation) data, with the release being very closely watched by the market, as the major macroeconomic story of recent months has been accelerating global inflation which was initially described by the Federal Reserve as “transient”. Last month saw the data not exceed expectations for the first time in several months, raising hopes that the historically high inflation rate would be peaking at last month’s annualized rate of 8.5%.

It was expected that the April 2022 CPI data would show a decrease in the headline annual rate from 8.5% to 8.1%, but in fact the annual rate decreased to only 8.3%, with the month-on-month increase running at 0.3%. Tellingly, the core CPI, which is arguably a more accurate meter of underlying inflationary pressures, also overshot expectations, coming in with a month-on-month increase of 0.6% compared to the expected 0.4%. Core CPI was expected to fall from an annualized rate of 6.5% to 6.0%, but only fell as far as 6.3%. For the second consecutive month, most of the increase in price can be accounted for by rising energy costs.

These data will give hope that inflation may have peaked, but there is worse news for the US economy than had been expected. The Federal Reserve will also note that Core CPI increased this month by much more than it did last month (0.6% compared to 0.3% respective increases) and will be concerned.

Half an hour after the CPI data release, the following price changes were observed in key market barometers:

These initial market reactions are large, excepting the US Dollar Index. They suggest that today’s CPI data is causing an expectation of a more hawkish tilt in the Fed’s monetary policy, boosting the US Dollar, Dollar Yields, and hurting risk assets priced in USD such as the major stock index, the S&P 500, and Bitcoin.

Today’s data release is significant, as it is worse than had been expected within an already nervous, risk-off environment.

It is likely that the long-term bullish trends in the US Dollar and US Dollar short-term rates, notably the 2-Year Treasury, will now continue.

The US stock market is already looking very weak and nervous, and today’s data is quite likely to trigger a fall well below the big round number in the S&P 500 Index below 4,000. Note that 3,856.16 is a 20% decline from the all-time high, so if that price is reached, the US stock market will have officially entered a bear market by any measure.

Today’s CPI data release is likely to give traders an opportunity to trade in the direction of the trend on news confirming the trend. 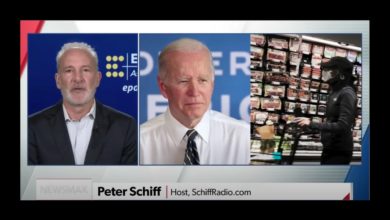 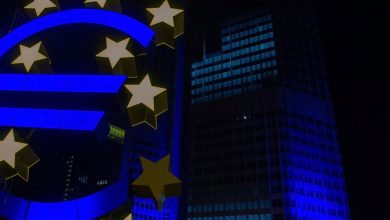 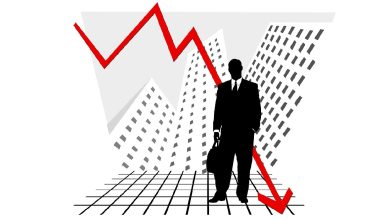