We got two earnings bombshells last week in the retail sector. Both Walmart and Target reported higher revenues, but much lower than forecast profits. Higher costs ate up those increased revenues.

The news was a one-two punch, with the Walmart earnings coming out first. Peter said it reminded investors of how bad the problem is and raised the specter of recession to a higher level.

Peter reminded listeners that he already thinks we’re in a recession.

I think everybody who refuses to accept this is living in denial, whether it’s a case of wishful thinking or cognitive dissonance, whatever it is. But I think there is overwhelming evidence that the recession has already started.”

Target said the reason for its big profit miss was surging costs caused by inflation.

“Throughout the quarter, we faced unexpectedly high costs, driven by a number of factors, resulting in profitability that came in well below our expectations, and well below where we expect to operate over time,” the earnings release said.

As Peter explained, Target customers didn’t have enough money left over after paying for necessities to pay for higher-priced, big-ticket items.

Food is a low-margin product for retailers. It gets people in the store, but Target depends on its higher-margin hardline products to drive margins.

If they had to raise the price of their groceries because their costs are going up, and now their customers are spending the extra money they would have spent buying higher-margin stuff — if instead, they’re spending that money on food, well, they don’t have money left over.”

This confirms that the “strong” retail sales numbers aren’t the great news the mainstream claims. Just because consumers are spending more doesn’t mean they are buying more.

In this case, they’re paying more for the wrong stuff (in terms of profit margin) and so they don’t have money left over to buy the stuff Target needs to sell to make a good profit.”

It proves again what I’ve been saying and how Elizabeth Warren has been wrong in that Target is not gouging its customers. Target customers are gouging Target. Because Target is absorbing a lot of the rising costs and it’s not passing its costs on to its customers. But it needs to. And it will.”

This is bad news for the economy. If Target and other companies have to keep raising prices to cover costs, they will have fewer customers. There will be more and more people unable to pay the higher prices. And if companies are going to effectively downsize through price increases, they won’t need as many workers. That means layoffs.

Meanwhile, you have Jerome Powell, President Biden, and mainstream pundits talking about how strong the economy is.

And it’s real-world evidence that the economy itself is not as strong as the Fed, Joe Biden, and the talking heads on CNBC claim.

The only real evidence of a strong economy is the job market. Peter said that can change very quickly. All of the companies advertising for workers today could easily decide they don’t need new workers tomorrow. In fact, weekly jobless claims are on the rise.

Consumers are getting squeezed from so many different angles with these rising costs. And to make it worse, the stock market has imploded.”

As Peter points out, 70% of the GDP comes from consumer spending.

When you see the type of financial stress the consumers are under and when you see the evidence of that stress being reported by Amazon, by Walmart, by Target, one after another. It’s the same story. How much evidence do you need that the economy is in recession?

Powell and others spent months telling us inflation was transitory. In reality, the only thing that was transitory was the strong economy.

In this podcast, Peter also takes a deeper look at last week’s big stock declines, explains how inflation is really a tax, and he the sudden strength in the Swiss franc and the yen and what it could signal. 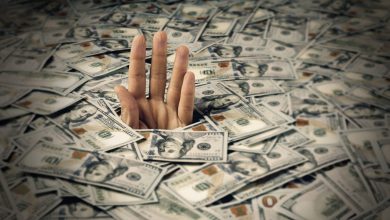 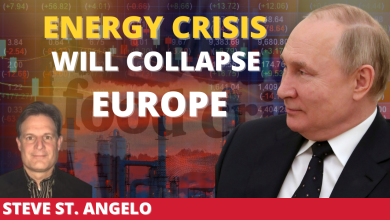