The Fed insists it can tighten monetary policy and tackle inflation without hurting the economy. Federal Reserve Chairman Jerome Powell and other central bankers claim the economy is strong enough to handle higher interest rates. Peter Schiff said this is just another in a long line of arrogant miscalculations by the Fed.

As the central bank begins to raise rates and gets set to shrink its balance sheet, some analysts worry that the Fed will make a mistake and tighten too much. But Peter said the Fed already made the mistake.

And Peter said given all of the mistakes the central bankers have made in the past, it seems certain there will be more mistakes moving forward.

The mistake they’re going to make in the future is not tightening too much, but not tightening enough — bowing down to the political pressure once the economy really starts to tank and the markets are deep in bear-market territory. When the Fed takes its foot off the brake and slams it back on the gas, that’s when the economy is going over a cliff because inflation is going to run out of control.”

Peter pointed out the recent plunge in speculative stocks and said it was a function of the mistakes the Fed has already made.

2021 was peak insanity caused by the most reckless of all monetary policies by the Fed, which created the mother of all inflation. And now the Fed wants to try to put the genie back in the bottle. It doesn’t want to accept any responsibility for having allowed the genie out of the bottle. It wants to blame it all on Putin. It wants to blame it all on COVID. But it thinks it’s a simple task to undo the damage. All they’ve got to do is jack rates back up to 2.5, 3%, get there quickly, and because we have such a strong economy with a super-hot labor market, the Fed can do today what it never could do in the past because the economy now is so much stronger than it was in the past. Well, it’s not stronger. It’s just a bigger bubble.”

But the central bankers at the Fed don’t seem to understand that.

In fact, probably the only thing that’s bigger than this bubble is the egos of the FOMC members and how clueless they are about economic reality.”

The Fed has a horrible track record. Fed Chairman Jerome Powell has been wrong, wrong, and more wrong. But it’s not just Powell. The Fed has a long history of missing the mark.

In 2006 and 2007, the Fed insisted there was no problem in the housing market. When it became clear there was a problem, the central bankers said, “No worries, it’s contained to subprime.” When the financial markets crashed in 2008 and the Fed started quantitative easing, Ben Bernanke said the central bank was not monetizing the debt and that it would sell all of the bonds it was buying after the emergency was over. During the pandemic, they said printing trillions of dollars wouldn’t cause consumer prices to rise. When inflation reared its ugly head, they promised it was transitory. Now they’ve conceded it’s not transitory, but assure us they can fix it. They say they can raise rates without hurting the economy.

So, why should we believe them?

Peter said he thinks it’s “three strikes and you’re out.”

Strike one – subprime contained. Strike two – inflation is transitory. Strike three – we can raise interest rates. The economy is strong enough to withstand it. I think all of the Fed’s credibility is going to be lost when that mistake is revealed.” 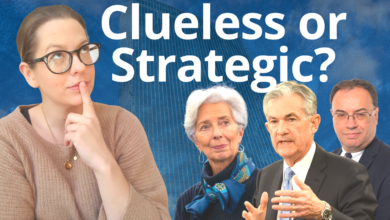 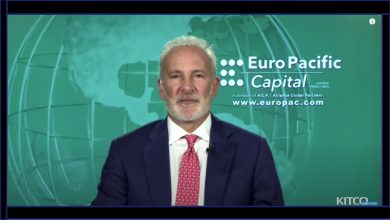 Peter Schiff: Fake CPI Is Only Going to Get Higher