Imagine what an oak tree’s underground root ball looks like, with supportive tendrils spreading out in all directions, not unlike what the limbs of this magnificent specimen are doing above-ground.

The result is an impregnable presence in all directions of the compass. “Open on strike and at depth” as a mining geologist might say.

Like Mycelium (the vegetative part of a fungus-like bacterial colony consisting of infinitely branching thread-like tendrils that can produce everything from plastics to plant-based meat), silver permeates life across all cultures and climates.

A strong case can be made that a severe and sustained shortage of silver could impede and perhaps even cause an implosion of humankind’s technological-quality of life.

If this sounds like an exaggeration, consider that the USGS Mineral Resources Program estimated the timing range for peak silver production to be between 2027-2038… the best estimate being 2034.

Five of the last six years have already seen lower global production, with ore head grades consistently declining for well over a decade.

Silver is like the oak tree in many respects. Its several-thousand-year history of providing a reliable value has spread throughout the world’s chronology like a mosaic.

Silver’s physical manifestation is from and of the earth. The multiplicity of uses by which silver has insinuated itself into our daily lives defies description and listing. Several years ago, the total count of silver’s uses exceeded 10,000. It continues to advance in attributes and accounting by leaps and bounds with no end in sight.

Like the Oak tree’s roots, silver deposits are mostly “epithermal,” formed at relatively shallow locations compared to other metals.

Yes, some silver is found at significant depths, but relatively speaking, this is an exception to the rule.
Recently, I participated in an interview hosted by Chris Marcus at Arcadia Economics. We carried on a wide-ranging discussion involving geopolitical socio-economic concerns of the day and inevitably returned to the topic of silver.

The unprecedented freezing of Russia’s external assets, exclusion for much of its commercial transactions from the international exchange SWIFT system, and – as armed conflict rages on – the imponderable consequences for the world’s actors and population from this behavior feels like a paradigm shift that could take a long time to play out.

“Unlike a stock market crash, this kind of interbank distress does not happen all at once. It can take days or weeks to play out. Still, those ripple effects or spillovers are coming. We’re probably in the opening stages of a major global liquidity crisis. What happens in Russia doesn’t stay in Russia.”

The term that comes to mind is “contagion.” This is where a financial asset class like euro bonds, negative interest rate derivatives or large commodity transactions freeze up, “jump financial lanes” and cause unexpected existential issues with, say “paper gold” or silver derivatives, many of which are backed by “confidence”, but little or no physical metal.

What happens when international financial trading rules having predictable outcomes for all parties concerned no longer work?

If Saudi Arabia, long the bastion of requiring oil to be purchased in petrodollars (for which customers globally must first exchange their own currencies before conducting business) now begins accepting gold, yuan, or rubles instead?

Will the ability of the U.S. to finance its lifestyle by issuing additional petrodollars (greenbacks circulating outside the U.S.) be hobbled, resulting in still more elevated and persistent inflation?

And through all of this, silver, just about the only metal on the board to do so, is trading for around one-half of its 1980 nominal price high. Priced at an 80:1 ratio, not to mention being mined at a 9:1 ratio compared to gold!

Does anyone see a pricing disconnect here?

“Money will find a way.”

That will (soon?) be true of gold and copper (one of the three monetary metals traded in ancient Babylon.). And of silver.

As currencies around the globe continue to deteriorate, more people will of necessity be forced to buy precious metals – if they can be found – regardless of the price.

We saw this last year in Turkey, Lebanon, Argentina, Mexico, and now Canada. A decline in the euro itself may be next. If so, tens of millions of people on the Continent (exclusive of Britain, which left the European Union) could become impoverished in short order.

The USS Constitution, also known as Old Ironsides, is a three-mast wooden-hulled frigate of the U.S. Navy. The world’s oldest ship of any type still afloat, (launched 1797) its sides are made of white oak.

Fighting English warships during the American Revolutionary War, the enemy’s cannonballs literally bounced off its sides. Could this be an apt analogy for the persistent ability of silver to “deflect” inflation’s ravages?

The fighting going on in Ukraine, even if it does not spread to directly involve U.S./NATO forces, will pose a new demand factor for silver. Not only due to ordnance restocking by both combatants, but with a follow-on effect as all countries “in the neighborhood” ramp up supplies of high-tech weaponry, which in sum will require prodigious amounts of silver.

If there was even the possibility that inflation might subside before long, $15 a bushel wheat, $125/bbl oil, possibly the smallest Florida orange crop since WW II, $3,300/ounce palladium, and $5+ copper have put paid to that idea for the foreseeable future.

IF, with all that’s going on today – which we’ve been chronicling chapter and verse for some time – you’re still “underweight” silver and gold, or worse yet holding none at all, you could end up standing empty handed as the Silver Train leaves the Station.

If that happens, you’ll have no one to blame but yourself.

Contrary to High Priest Powell, the Economy is NOT Strong 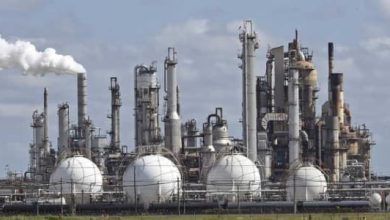 U.S. Natural Gas Prices Climb Most Ever In Single Day