In a world where optimism and hope have dominated the investment landscape for over a decade, we should be prepared for reality to raise its ugly head. This time is not different and debt does matter. As pointed out by many economists over the years, low-interest rates and easy money, do not always result in a strong vibrant economy. Japan’s failure to recover from its bubble bursting decades ago remains proof of this.

Much of the rationale behind QE has been that it creates what the Fed calls a “Wealth Effect.”
For years this has been a key driver of central bank policy. This view is firmly embedded in the macroeconometric models used by the Fed. The notion, widely adopted by central bankers, is that by inflating asset
prices to make the wealthy (the asset holders) even wealthier, these people will spend more of what they see as free money from asset price
inflation. The premise is that this additional spending will create additional demand for goods and services thus providing jobs for the masses.

Sadly, several times over the years the wealth effect formula has slid off the tracks and most likely will again. Consumption does not create wealth, it creates debt. The example that stands out in the minds of most people is from back in 2008. By loaning money against homes with little scrutiny as to the borrower’s ability to repay them the Fed created a financial bubble with broad implications. It could be argued that since 2008, Fed policy has never really addressed that mess but attempted to paper over it by printing money and expanding debt through quantitative easing.

Looking back at how pursuing policies that breed the Wealth Effect can slide off track or lose their effectiveness, we see it always centers on the risk they create. At some point, the combination of easy-to-borrow money at low-interest rates tends to morph into a high-risk environment of increased speculation and leverage. In short, savers and investors seeking a return on their savings are forced out of traditional accounts because such investments get ravaged by inflation.

The 2008 financial crisis resulted in the worst economic disasters in
modern times and caused the biggest recession since
the great depression of 1930. It is also referred to as the global
financial crisis (GFC). Over the last several years, the Fed has been
getting a great deal of well-deserved bad press for driving inequality
and fracturing society. Since 2008 it has become apparent the Fed has
created an unfair system that is broken, unfair, and corrupt. This has affected different generations in rather specific ways.

It is again becoming very apparent the wealth effect policies are failing. Not only have they failed to create a healthy economy but they have brought the financial system to the brink of collapse. Following the GFC the Federal Reserve and the Bush administration spent
hundreds of billions of dollars to add liquidity to the financial
markets. They worked hard to avoid a complete collapse. They almost
didn’t succeed. Today we are spending not billions, but trillions of dollars to keep the same corrupt policy moving forward.

History shows investors should treat the wealth effect with caution because it is susceptible to reversals. Since the GFC, attempt after attempt has been put forth to change the tide, but still, we have watched the middle class shrink. The elephant in the room when it comes
to growing the economy is how “the broken window theory” is spun and
interpreted. The
gist of this theory is that if a window is broken, the subsequent repair expenditure will have no net
benefits for the economy. Still, it is not uncommon to see
destruction touted as a good thing because it promotes spending. In truth, the
idea destruction is good discounts several
facts.

One has to do with where the
money is coming from but whether it is from an insurance company or someplace else, it still means the money is diverted from being used on another
purchase. Repairing
a broken window is maintenance spending which doesn’t improve growth
because it doesn’t improve productivity. This expenditure would have occurred anyway.
The only thing a broken window does is  cause maintenance spending
to occur earlier and lower the useful life of the window. Maintenance spending may keep the economy going it doesn’t provide a
boost. Instead, it is better to invest the money in something which
creates wealth by increasing productivity.

Many people and even economists have real misconceptions as to how
the economy works. Where money flows and who it enriches is a key component of economics. The failure to consider this is a blind spot many people have. Years of being told everything revolves around
spending has diminished the important role savings plays in the scheme
of a balanced economy. Fans of Keynesian economics that encourage government spending to
stabilize the economy during a downturn tend to discount the importance
that where and how money is spent matters a great deal.

In the end, this all comes back to the fact current policies are presenting us with diminishing returns while increasing risk. Sadly, financial corruption has played a huge role in getting us here. Never before in our history have Presidents, Fed Chairs, and politicians in general been able to exploit their power and gained massive wealth following their time as so-called public servants. A big part of our current problems is the elite top-down efforts to control our society has
created a permanent government. Today an army of government workers, most un-elected have been empowered to nibble away at our rights.

Bubbling up to the surface is the recognition the Fed has to shoulder a huge responsibility in pushing inequality higher. Powell has even gone so far as to claim there was little demand for loans below $1 million. Sadly,
the same policies that dump huge money into larger businesses because
it is an
easier and faster way to bolster the economy give these concerns a huge
advantage over their smaller competitors.

The long-term ramifications of destroying smaller businesses will hurt America in the long run. It eliminates competition, reduces opportunity, and over time fuels inflation. This drives my angst directed at companies such as Amazon and big tech. The policy of making people feel better so they spend more than they can afford is part of voodoo economics.  So is sending jobs abroad and increasing our consumption of imported goods which has resulted in a massive trade deficit. Good economic policy encourages personal responsibility and is rooted in saving not spending. 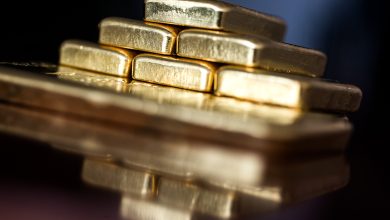 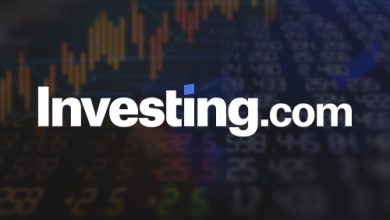 The Fed May Push The U.S. Economy Into Recession 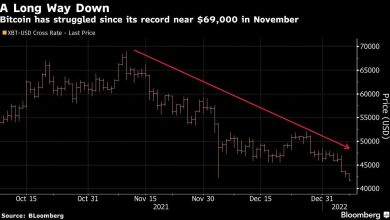 Bitcoin Lingers Near September Lows Amid Drop of 40% From Record 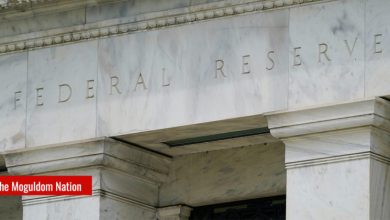