The markets continue to brace for the Fed’s impending inflation fight. But as Peter explained in his podcast, they’re not bracing for the Fed to lose that fight.

And the Fed is going to lose that fight.

Oil hit 7-year highs last week with the price over $92 a barrel. This is yet another indication that we’ve yet to hit peak inflation. The price of oil is already up 23% on the year.

Oil also got off to a strong start in 2021. It rose 18% through the first week in February. Peter said this seems to support his belief that inflation will be worse in 2022 than it was in 2021.

The Fed is hanging its hat on the fact that it thinks the inflation rate will come down, that the supply shortages are going to dissipate, and that the bottlenecks are going to unclog. And so, there’s not going to be as much inflation in 2022 as there was in 2021. The reality is there’s going to be more.”

Peter said there is nothing but blue skies in front of the price of oil.

The 2008 financial crisis broke oil’s back in 2008. Peter said that’s not going to happen – at least not immediately.

I think that as the Fed starts to raise interest rates, they’re not going to come near 6.25%. We’re not going to get rates nearly high enough to start to impact the demand for oil or bend the inflation curve. And the dollar has a long way to fall. And as it falls, that’s going to put upward pressure on oil prices. So, if the price of oil could peak at $150 a barrel with a six-and-a-quarter percent Fed funds rate, and a 75 DXY, where’s it going to peak this time?”

Peter said we could see oil at $300 a barrel by the time it peaks.

Imagine the US economy if gas went to $10 a gallon.

And of course, they’re going to be paying a lot more money for a lot more things. It’s not just going to be energy prices that are going up. The entire cost of living is going way up. And that is the big problem.”

When the February jobs report came out better than expected, gold initially sold off. As usual, any economic news perceived as good reinforces the idea that the Fed is going to aggressively tighten monetary policy to fight inflation. Peter said the markets still don’t get it.

It doesn’t matter if the Fed raises rates. Because it’s not going to raise them enough. Inflation is going to get worse no matter what the Fed does because the Fed doesn’t have the political will to actually raise rates high enough to fight inflation.”

The Fed will raise rates a little. As Peter put it, the central bank has to pretend it’s going to fight inflation, especially with inflation now widely considered a problem.

If the markets understood this, gold would be skyrocketing. Bond prices would be tanking even worse than they are today. But at some point, investors will figure out that inflation is going to get worse and that these nominal rate hikes planned by the Fed are not going to do anything to slow down the inflation freight train.

Eventually, the rate hikes that the Fed is delivering, in addition to the pain of higher prices — they are going to slow the economy. They are going to push the economy into recession. And that is going to cause the Fed to do an about-face and ignore the fact that inflation is getting worse and concentrate on the fact that the economy is also getting worse, and may in fact be in recession. And they will pour even more gasoline on the inflation fire because they think the economy needs that gasoline to run faster.”

In this podcast, Peter also talked about the stock market, the February jobs report, the Bitcoin rally, discrimination and the new name for the Washington football team. 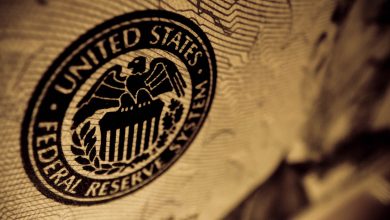 Ron Paul: The Fed Is the Economy of American Workers 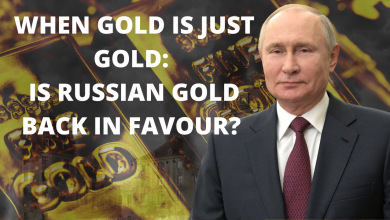 When Gold is just Gold: Is Russian Gold Back in Favour?